Presidential candidates setting up offices in IN 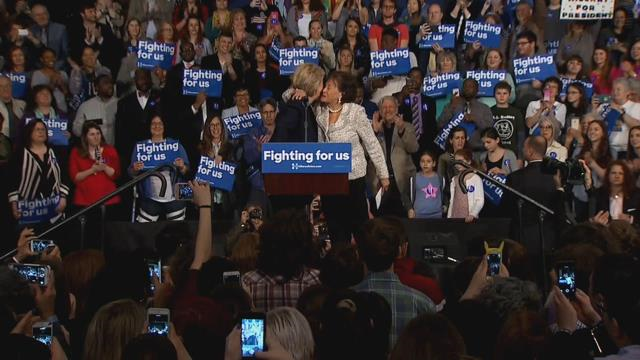 Hoosiers will take to the polls on May 3rd for the Indiana primary. Candidates on both sides are at work to garner last minute support from voters who may be on the fence.

Just this past week Democrat candidate Bernie Sanders opened up a campaign office in downtown South Bend. He is not the only candidate though making strides in the Hoosier state.

Days after Hillary Clinton selected a new Indiana Campaign Director, she has now opened up an office in Indianapolis, according to the Indy Star. That office will be her hub for campaign efforts in the area.

The three remaining Republican candidates are also working to set up teams in the state. Donald Trump announced a campaign official earlier in the week so he will probably open up an Indiana office soon. Both Trump and Clinton are leading right now with the most delegates.

Locally, Bernie Sanders will have a rally at Civic Plaza in Elkhart Saturday beginning at noon, according to our reporting partners at the Elkhart Truth.