Prince Philip retires: 65 years of service by the numbers 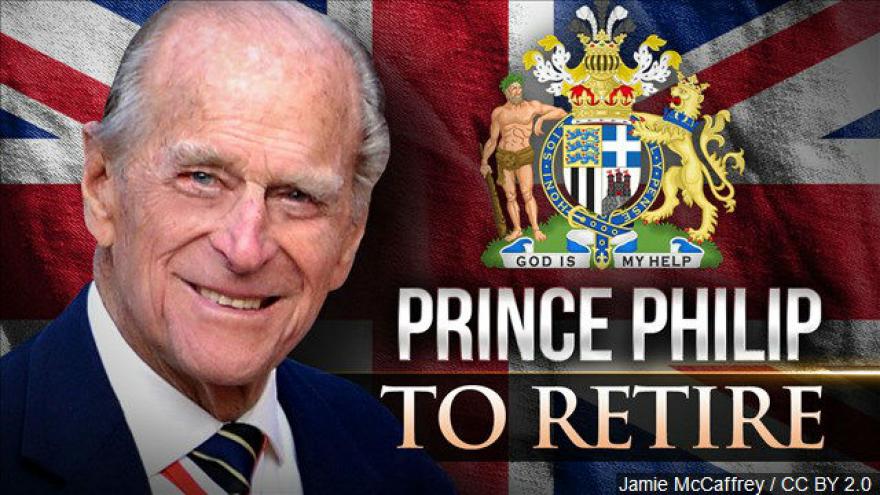 LONDON (CNN) -- Prince Philip, the 96-year-old husband of Britain's Queen Elizabeth II, will retire this week, carrying out the last of his thousands of public appearances before stepping back from public life.

The Duke of Edinburgh will attend a parade of the Royal Marines at Buckingham Palace on Wednesday, bringing to an end his 64 years as Captain General of the commando force.

A Buckingham Palace spokeswoman said in a statement that the parade would "bring His Royal Highness's individual program to a conclusion, although he may choose to attend certain events, alongside the Queen, from time to time."

The Duke announced his retirement from public duties in May, more than five years after the Palace originally said he would gradually "wind down" his workload, though he remained keen to carry out many of his duties.

Prince Philip will have conducted a staggering 22,219 solo engagements since his wife's ascension to the throne in 1952, following her father's death. The Duke has also made 637 solo overseas visits, and by Wednesday, he will have delivered 5,496 speeches during his time as the longest-serving consort in British history.

Despite a recent hospitalization for the treatment of an undisclosed infection, Philip remains in good health for a man in his late 90s. In 2016 alone, the Duke attended 200 events as he continued to represent the royal family with his own distinctive flair.