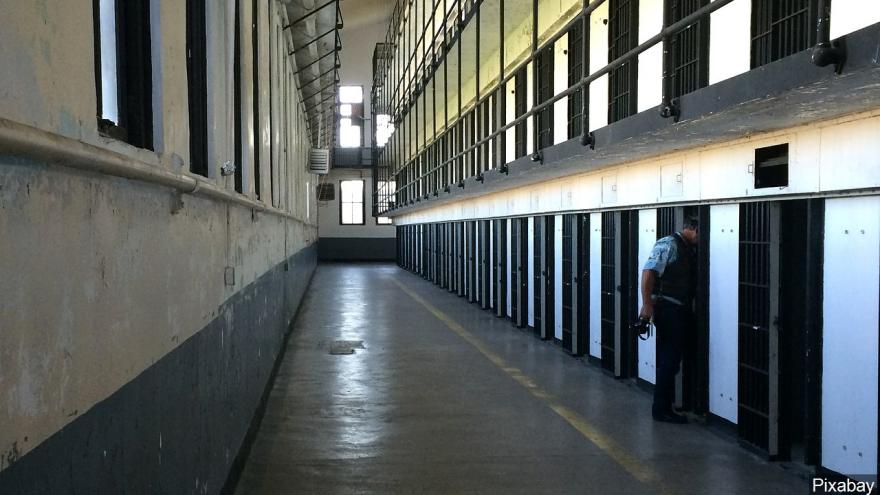 (CNN) -- In the US, the largest known concentration of coronavirus cases outside of hospitals isn't on a cruise ship or in a nursing home. It's at a jail in Chicago.

At least 251 detainees and 150 staff members at Cook County Jail have tested positive for coronavirus, the county sheriff's office said Wednesday. At least 22 of the detainees are hospitalized.

Across the country, prisons and jails have become hotbeds for coronavirus. Close confinement is likely fueling the spread.

"Jails in this country are petri dishes," said Toni Preckwinkle, Cook County Board president. "It's very difficult in a jail to maintain social distancing."

But this isn't just a major health problem. It's also a growing safety concern.

Melee breaks out in a Washington prison

It started with a demonstration in the recreation yard involving more than 100 inmates, the Washington Department of Corrections said.

"All measures to bring individuals into compliance were ignored including verbal directives, pepper (OC) spray and sting balls, which release light, noise, and rubber pellets," the department said.

"Fire extinguishers were set off within two housing units within the Minimum Security Unit, providing an appearance of smoke from the exterior."

Authorities used more sting balls in those housing units. "The individuals then stopped the destruction of the two housing units and came into compliance," the department said. No inmates nor staff were injured.

"It is believed at this time that the incident was caused by recent positive test results of COVID-19 among six men within the Minimum Security Unit," the Department of Corrections said.

"Those six men were transferred from the Minimum Security Unit on Sunday to the facility's isolation unit. The facility health care team is providing clinical monitoring and supportive care for the individuals in the isolation unit." One of the inmates with coronavirus is 68 years old.

The Department of Corrections said it's trying to protect medically vulnerable inmates. And all inmates in the housing unit where the coronaviarus patients were previously housed "continue to have no symptoms of illness or disease (asymptomatic) and are wearing surgical masks for further protection."

"The Department of Corrections takes the safety and security of its correctional facilities, staff, and incarcerated individuals very seriously," the agency said. "An internal investigation will be completed."

'There's a potential of us dying, too'

As of Wednesday, 29 inmates and more than 60 staff members have tested positive for the virus, the California department of corrections said.

"And the truth of the matter is, prisoners are people. So we're also afraid. And there's a potential of us dying, too."

One detainee from Chicago's Cook County Jail died of "apparent" complications of Covid-19, the disease caused by coronavirus, sheriff's officials said. An autopsy is pending.

To help limit coronavirus at Cook County Jail, officials have created a quarantine "boot camp" to keep infected detainees separated from the rest of the jail population.

About 4,700 detainees are at Cook County Jail, the sheriff's office said. Jail officials have previously said they are planning to screen and release nonviolent pretrial defendants.