Private-eye digs into recent death; recommends outside agency take over 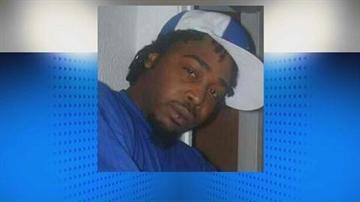 SOUTH BEND, Ind. – For two years Tri-Force Inc. has held a private investigation license, and now one of their investigators is looking into the death of a man who ran from police, and according to the coroner, choked to death on a bag of drugs.

According to the St. Joseph County Prosecutor’s Office, 31 year old Michael Anderson died while trying to evade the police; but the private investigator says there is more to this story than we have been told.

According to people who knew Anderson, they believe he ran from the police because he was tired of the shakedowns, where officers would allegedly take any drugs and money he had on him.

They were unable to provide proof any such shakedowns have occurred.

That evening, witnesses say, Anderson was riding a mo-ped on Miami Street when police a police officer attempted to stop him.

Police claim the stop was initiated because of a report of a stolen mo-ped, but Tri-Force’s investigator says, the officer left another traffic stop to pursue Anderson.

Anderson ditched the mo-ped he was riding on and took off on foot; officers followed.

At some point, witnesses see, one officer used his Taser to try and stop Anderson from running away.

The private investigator claims to have found Taser debris near that location; which can be used to identify which weapon was used, and which officer it was assigned to.

Officers say, Anderson kept running and that one of the two probes in the Taser missed him completely; they could not tell if the other probe found its mark.

According to police, a short time and some distance later, Anderson tripped and fell.

That’s when officers caught up to him.

After cuffing him, officers say they attempted to get Anderson to open his mouth and spit out whatever was in it.

When they turned him over onto his back, they say, Anderson was not responsive and they realized something was wrong.

According to witnesses at the scene, they asked for a chair from the home nearby.

After re-handcuffing him with his hands in front, they attempted to clear his airway.

At some point, emergency medical responders were called for and dispatched to the scene.

Paramedics were able to remove one plastic bag and a crumpled dollar bill from his throat, but unable to reach a second baggie that contained what appears to be marijuana.

According to the St. Joseph County Coroner’s office, an autopsy of Anderson’s body revealed on small mark on his body; if it was caused by the puncturing of a Taser probe is inconclusive, according to the Coroner.

The private investigator believes the mark was indeed left by the Taser probe, though she admits she is not a medical examiner.

According to the private investigator, she has examined Anderson’s body and the scene itself.

She says, in addition to finding the mark under his arm, on his side; she claims to have found a mark she believes is a burn above his right eye.

The investigator’s theory is the burn mark was caused by the electricity when the Taser was used.

She is under the impression, that one of the Taser probes stuck into Anderson’s flesh and that when he fell down, his shoeless feet were in a puddle; and that that water acted as a conduit causing him to be electrified.

However, the possibility of that happening is incredibly low according to a spokesman for the company.

“You need two probes to hit the body or make contact. If one only goes to the body and one lands on the ground and that person is running; it just dangles along behind the officer that’s running after that person,” said Taser Internation Incorporated’s Steve Tuttle.

That being said, there is a remote possibility, according to Tuttle, theoretically a person could feel the Taser’s pulse if only one probe is attached and the second lands in water; but it there would have to be a number of things line up perfectly for that to happen.

In fact, one of the only ways Tuttle could see that happening is if someone stood over a person who was relatively stationary, had no grounds (ie. Rubber soled shoes), and one probe hit the body while the second fell into water that a part of the body also touched.

But for that to have happened the night Anderson died, police would have had to fire a Taser at Anderson after he tripped not before, and from a different location than previously mentioned.

The private investigator claims to have found a second piece of Taser debris near the spot where Anderson was stopped, several dozen yards from where the police say the Taser was used.

According to the investigator, witnesses she talked to say they heard the Taser being used; but according to Tuttle, if you hear the tell-tale arcing electricity sound commonly associated to the Taser that the device has failed.

According to Tuttle, when the Taser model the South Bend Police use is fired, the ratcheting sound means they have missed or one of the wires broke.

That’s because all Taser models are designed to work with two prongs connected by conductive material (ie. The human body).

One prong is the positive, the other is the negative, and the charge passes between them like a bridge.

If they are unconnected the electricity arcs and snaps making that loud noise, but when they are connected all that electricity is travelling within the body and therefore the device should operate silently.

Tuttle also finds the idea that one of the prongs may have become tangled in Anderson’s cloths and then fell into the water when he tripped, farfetched.

The prongs themselves are like fishhooks, and will not easily be jostled free.

Further, the idea that the officer would be able to keep pace with Anderson as he ran; and thereby keeping the prongs connected to the firing device itself, is highly unlikely according to Tuttle.

The wire that is used in this device is easily broken.

For Anderson to get hit and keep running without missing a stride, while not breaking the wire is improbable.

But what really puts a hole into the private investigator’s theory is, each pull of the Taser’s trigger can last for up to 5 seconds.

According to the police the Taser was used just one time.

For Anderson to be under the effects of the Taser while on the ground, in the water, the police would have had to use it on him far later than when witnesses say they fired the weapon at him; or a second deployment would have had to occur, and that is something law enforcement investigators have ruled out.

But even if Anderson was not under the Taser’s effects at the spot where police caught him, he was certainly having trouble breathing.

According to witnesses uncovered by the private investigator, when police found Anderson to be unresponsive, one of the officers went to the trunk of his cruiser and fished out a long skinny device, orange in color, with a wide-scoop-like end.

A witness, who claims to have been standing on the porch five to ten feet away, explained how the officer used what appeared to be a Slurpee straw to try and dig out whatever was lodged in Anderson’s throat.

“[The officer] put it in the side; to try to like move the stuff up,” said Tyler Novak.

According to Novak, it did not appear as if the police were jamming the straw in and down, rather it appeared as if he was trying to use it to dig something out.

It appeared as if the police were trying to help Anderson, according to Novak.

The straw-like device was left behind by police, and not retrieved by Metro Homicide detectives; it was later picked up by a witness and, according to Anderson’s family; given to them.

Anderson’s family took a photo of the straw and gave it to the private investigator.

When the private investigator talked to Commander Tim Corbett of Metro Homicide Unit about the straw-like device last week, he was unaware of its existence at that time.

When we asked the witnesses why they did not tell the homicide detectives about the straw, they replied, “Because we weren’t asked.”

This distressed the private investigator, in light of other information she had uncovered.

Several years ago, Michael Anderson was a witness for the defense at the murder trial of Erskin Jenkins.

Jenkins was convicted for shooting and killing another man who was fighting with Anderson at the time.

According to court documents, Anderson was in the middle of his testimony when a commotion broke out in the courtroom.

Anderson claimed Lt. David Wells, then Sergeant, mouthed a threat at him. Anderson verbalized the threat and turned it into a question exclaiming, “I’m going to the penitentiary?”

Jurors at the trial informed the bailiff that they had seen Wells allegedly communicating with Anderson during the testimony.

Ultimately it was determined the exchange, if it did happen, did not have a bearing on that case and that it would be an exchange between witnesses; thus it was ignored, but remains documented.

The Tri-Force investigator’s conclusion to all of this is that County Metro Homicide should not be the agency investigating this death, especially since Wells is second in command of the unit.

She also claims, several witnesses that were willing to talk to her and not the Metro Homicide detectives did so because of a lack of confidence in the law enforcement agency following the tape scandal that has divided the city since Spring.

The top two officers in the unit, Corbett and Wells, have filed notices of tort claim against the city claiming private conversations they have had with Detective Brian Young of the South Bend Police Department may have been illegally recorded.

After the scandal broke, Corbett was named by Karen DePaepe as one of several people who were heard in conversations recorded at the police department. Some of the conversations contained, unethical, racial, and possibly criminal content, according to DePaepe.

Wednesday night, community activists held their weekly meeting, at which the Tri-Force investigator presented her findings to those in attendance.

Also in attendance was Bishop Tavis Grant, of the Rainbow PUSH Coalition.

Hundreds of people packed into the church, where it was standing room only.

And right or wrong, the messages that were being delivered were that the private investigators findings were beyond reproach; and that portions of the City’s government and law enforcement agencies were corrupt.

As he whipped the crowd into frenzy, Grant blamed the Taser for causing Anderson’s death; even though there does not appear to be any evidence that supports such a claim.

Grant blamed the police for Anderson’s death, insinuating that he would not have died if they had not tried to make contact with him.

Michael Anderson is suspected to have had two bags of marijuana on him, one of which was removed from his airway; the second was not.

To muddy the waters a little more, the Tri-Force investigator has been denied public access to many records tied to this case.

Some records are not available because results are still pending, such as the toxicology report tied to the autopsy.

Others are being denied simply because an investigation is being conducted.

According to the family, they just want answers and transparency.

When the police called for medical assistance and how long it took for a professionally trained medic to arrive, are the kinds of things Anderson’s family want to know.