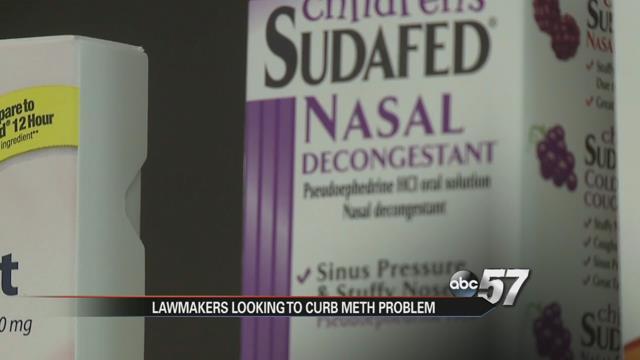 Indiana leads the nation when it comes to meth lab seizures and now lawmakers are at work to find a solution.

Instead of requiring a prescription to buy pseudoephedrine type products, they want to requires a pharmacist's approval prior to the sale.

If passed, the bill would allow pharmacists the authority to approve or refuse a sale after a consultation with the patient.

It is an effort to not punish those who really need the medication to fight the common cold and flu, while at the same time an extra step to keep them out of the hands of meth makers.

The pharmacist would consults patients with questions about their prior history with pseudoephedrine medications to range of symptoms needed to be treated. That would enable the pharmacist to decide if the purchase seemed legit or an opportunity for a drug dealer to get their hands on pseudoephedrine.

Earlier in 2015, there was a proposed law that would require a prescription, to get medicines with those ingredients from a pharmacy.

The lawmakers who drafted that bill said taking a tough stance is the best way to get Indiana's meth problem under control.

With the proposal, Sudafed would still remain a behind-the-counter type of drug. The Indiana General Assembly will reconvene early January 2016 and discuss the proposal.