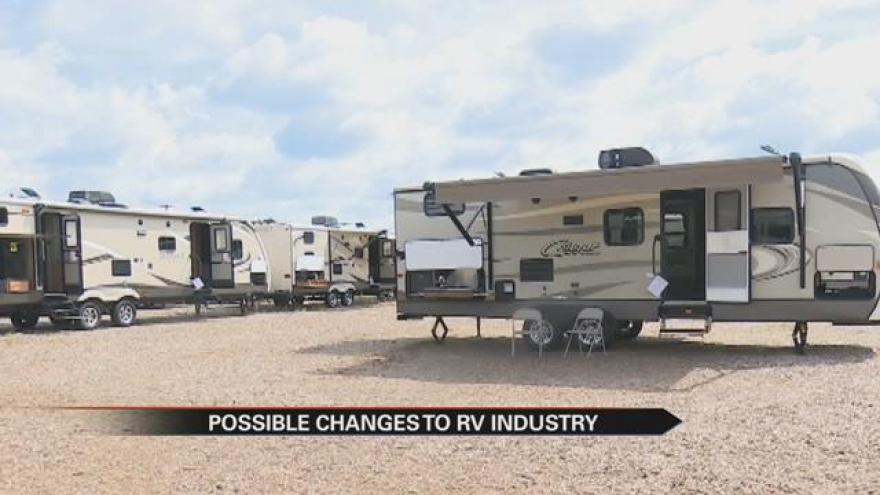 A proposed bill that will get its first reading in the Indiana statehouse today could change the RV industry. It could cause business to boom here in Michiana.

Right now, people living in 41 states don’t have to pay Indiana sales tax if they buy an RV in the Hoosier state. But for people in the 9 other states, they must pay sales tax, twice.

If customers from Michigan, Florida, California, Arizona, Massachusetts, Mississippi, North and South Carolina visit Indiana and buy an RV, not only do they have to pay their state sales tax, but also have to pay Indiana’s 7 percent tax.

His proposal would eliminate the extra tax, regardless of what state you’re from. You would only have to pay your home state tax.

In Elkhart County, only a handful of RV dealers have survived industry hardships. Senator Doriot is hoping to put more dealers back in business and increase revenue for the state.

This issue has been brought to the house floor before. In the past, similar bills never went far because some legislators argued that it would actually reduce sales.

But, Doriot says sales would improve because customers would choose Indiana as the place to buy. Elkhart County is the “RV Capital of the World.”