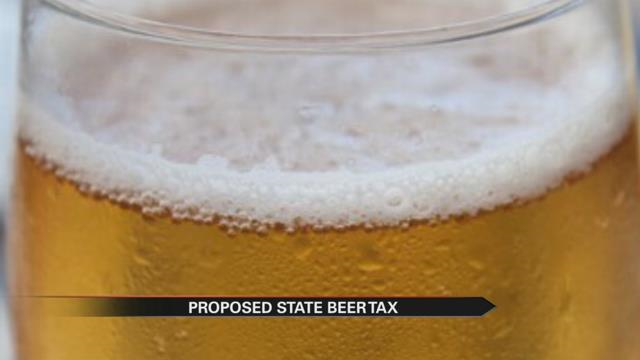 People who live in Michigan could soon have to pay more for beer. On Wednesday, House Bill 5873 was introduced in the Michigan legislature.

If passed this bill would raise the beer tax from $6.30 per barrel to $21.70 per barrel. For consumers that would mean five cents more per can of beer.

Representative Tom Hooker is the lawmaker behind the bill. He has seen issues with alcohol addictions and problems within his own family and in schools during his time as a teacher. Michigan Alcohol Policy is also a supporter of the bill.

Michigan's beer tax has not changed since 1966 but it is expected that this bill would generate about $60 million per year. That money would go to fund programs in the state.

The bill says that 60% of the money would go to the Department of Health and Human Services to fund substance abuse and rehabilitation type programs. A portion would go to the Michigan State Police to help enforce underage drinking and drunk driving laws.

Veterans would also get a chunk of the money for programs regarding prevention, treatment, and recovery.

However, not everyone is on board. The Michigan Freedom Fund believes a tax hike on beer would be bad for the craft brewing industry and also be bad for Michigan residents.

The bill will now go to the House Committee on Regulatory Reform.