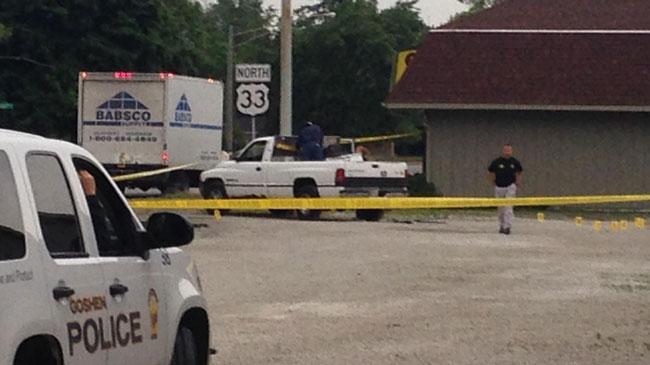 Hours after a man was arrested with an alleged explosive device, the prosecutor's office issued a press release stating, "no further threat to public safety appears imminent."

Elkhart County Prosecutor Curtis T. Hill Jr issued the release several hours after 45-year-old Sherman Fuller was arrested after he removed what police said appeared to be a vest with an explosive device.

When officers approached the vehicle, they saw Fuller was wearing a vest with wires extending from it, police said. He allegedly told police the vest contained an explosive device.

Officers convinced Fuller to take off the vest and he was taken into custody.

Fuller was arrested and charged with unauthorized possession, manufacture, or distribution of destructive device.

Hill wrote in his press release there is no reason to believe Fuller intended to harm other persons and it is believed he was acting alone.

Hill said because Fuller is in custody, "no further threat to public safety appears imminent."