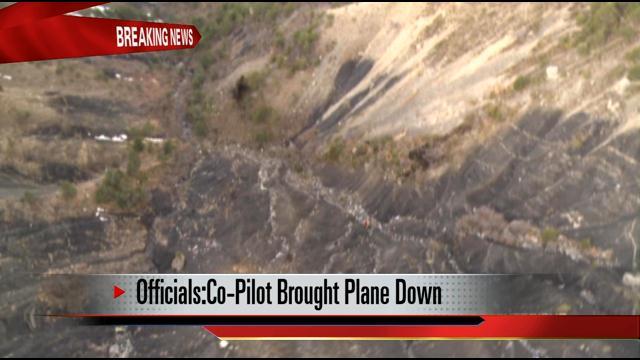 A French Prosecutor is saying the co-pilot who was at the helm of the German Wings plane that crashed in the French Alps deliberately tried bringing that plane down.

Officials are determining if the co-pilot, 28-year-old Andreas Lubitz, refused to open the locked cockpit door to let the other pilot back in and then "accelerated the descent" when he was alone in the cockpit.

Prosecutor Brice Robin says the co-pilot was a German national and not on a terrorism list.

150 people were on board, including 142 passengers.

They are all presumed to be dead.