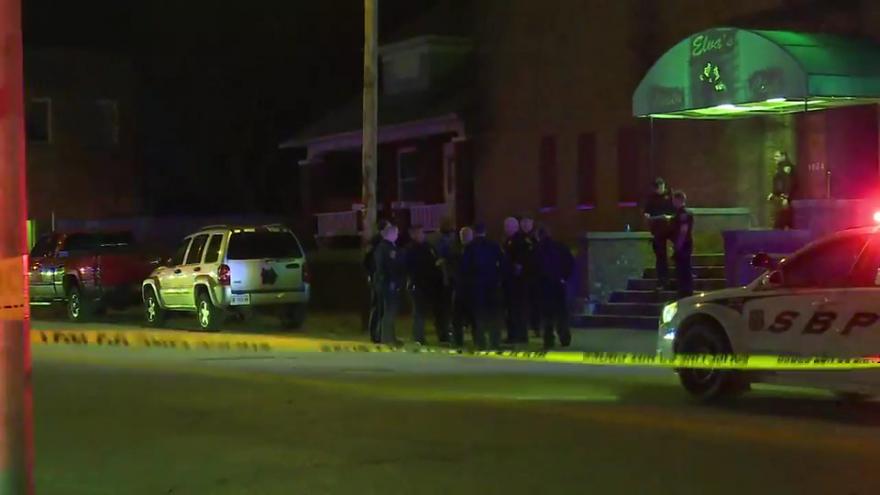 ST. JOSEPH COUNTY, Ind. -- The St. Joseph County Prosecutor's Office has completed its investigation into the fatal shooting of Tolies Word Jr at a club on Indiana Avenue at the end of November.

The investigation revealed the security guard at the club was justified in using deadly force to protect others.

When they arrived, they found Word deceased and 32-year-old Brandon McKinney with a non-life threatening gunshot wound.

The investigation revealed Word's wife and McKinney's girlfriend got into a fight inside the club and were escorted outside.

Word was contacted and showed up at the club. He was told McKinney struck his wife, then confronted McKinney.

During the confrontation, Word pulled a gun from his coat pocket and McKinney tried to flee back inside the club, reports said.

Word fired one shot, which one of the security guards heard. The guard saw Word with a gun, chasing McKinney, and fired one shot at Word, according to the probable cause affidavit.

As the guard drew his weapon and fired, Word fired a second shot, reports said.

Word was struck and killed and one of Word's shots struck McKinney.

Investigators said the guard did not have a license to carry a handgun.

After conducting an investigation into the shooting, the prosecutor's office stated it was clear the guard killed Word, but based on the forensic evidence, video of the incident, and witness statements, the guard's actions were justified. He believed deadly force was necessary to prevent serious bodily injury to another person.

The fact the security guard did not have a license to carry a handgun had no impact on the decision whether his actions were justified.

However, he has been charged with carrying a handgun without a license. His name was not released.