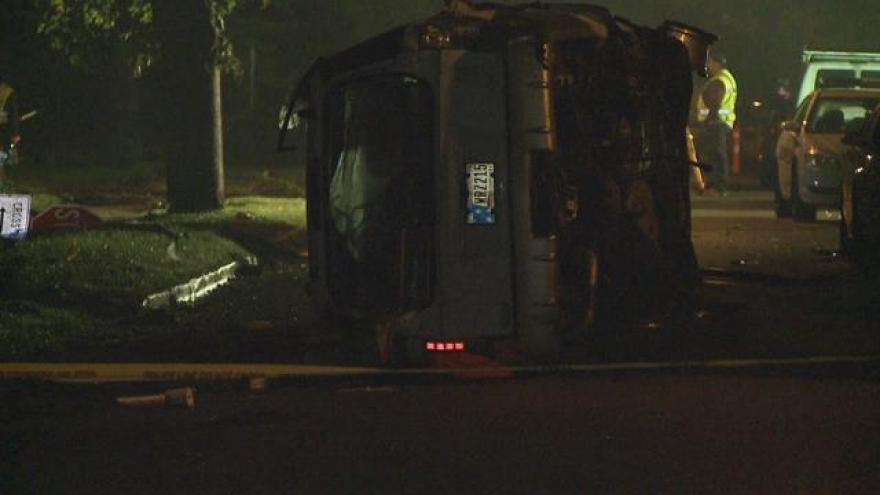 The incident began as a routine traffic stop. A South Bend Police officer stopped a Mercury Mountaineer for driving without headlights.

Dashcam footage from the officer's patrol vehicle shows the driver get out of the vehicle. [Watch the dashcam video]

Someone else in the vehicle drove the SUV away from the scene. The officer then begins following the SUV.

“It traveled so fast that the officer because of safety concerns lost sight as it was traveling down Wilber," said St. Joseph County Prosecutor Ken Cotter.
When police located the vehicle, it had crashed into another vehicle.

“Two children were in that vehicle. Both are seriously injured. They were taken to Memorial Hospital and then ultimately taken to Riley Hospital in Indianapolis," Cotter said.

Cotter said one of the twins is still in critical condition. The other is stable. They are both still at Riley in Indianapolis.

The driver of the Mountaineer was located about a block away from the accident.

He was arrested on preliminary charges of leaving the scene of an accident and two counts of crash resulting from a DUI that caused serious bodily injury and one count of resisting law enforcement.

Investigators are still looking for the man who was driving the Mountaineer during the original traffic stop.