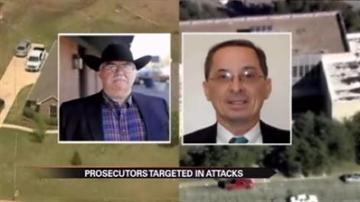 KAUFMAN, Texas. -- Texas prosecutors fear for their lives following another high-profile assassination of a district attorney and his wife Tuesday.

Just a few months ago the assistant DA was also murdered,

Now officials are saying it could be more than a coincidence.

"Are they connected, are there other people targeted, and if so, what intelligence do they have about that to possibly stop another murder," said Brad Garrett, former FBI agent.

Right now the acting DA and DA's across Texas have increased security, until the suspects are caught.