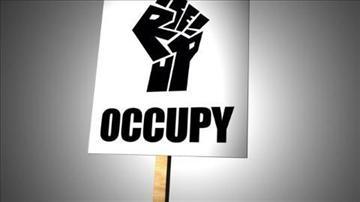 INDIANAPOLIS, Ind. - From Wall Street to Main Street and now the State House in Indy. Several Occupy groups met up on the State House lawn to protest the recent passage of the Right to Work bill.

There was talk of union protests this weekend against the controversial bill which eliminates mandatory union fees. The AFL-CIO said it would not support any major protests, however.

Police say they have a plan in place if larger protests start.