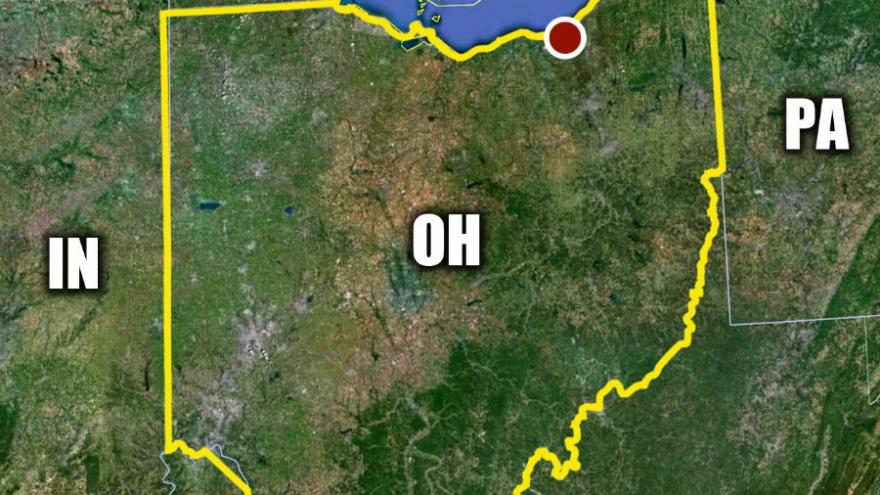 FINDLAY, Ohio (WTVG) -- A protest is planned in Findlay this weekend, after racist graffiti was found at a local park.

The graffiti is painted over at Riverside Park but to those who stumbled upon it, and to the Findlay Civil Rights Alliance, the damage is done.

"Why would you vandalize something like that?" Alex Lopez asked.

Alex spent this evening with friends, and re-visiting the Riverside walls he found covered in spray paint.

"I wasn't expecting it to be honest," Lopez said. "It caught me by surprise."

"I think a lot of people in Ohio think they don't have to talk about racism because it's not in the south," Mallie Grim said.

Mallie Grim says she isn't so surprised. The BGSU senior grew up here and cofounded the Civil Rights Alliance. And at the group's first ever event...

"Immediately after the election and someone has screamed "white power" at us," Grim said.

So when hate, charged symbols, and racist rhetoric visited her city again Sunday morning, she says it was time to fight back.

"I think that if we didn't see anything, that it would be irresponsible," Grim said.

The bottom of the pool and bathhouse were scrubbed within hours by city crews, but here is the before...

"It was right next to the men's bathroom, right above the faucet, or the water fountain thing," Lopez said.

For now, though, the park is without security cameras and police don't yet the person ... or people responsible.

The Civil Rights Alliance says their protest is Sunday at four p.m. at the Riverside Park bandstand. They've seen counter-protesters before and the spokesperson tells me they've had to cancel events to avoid violence.