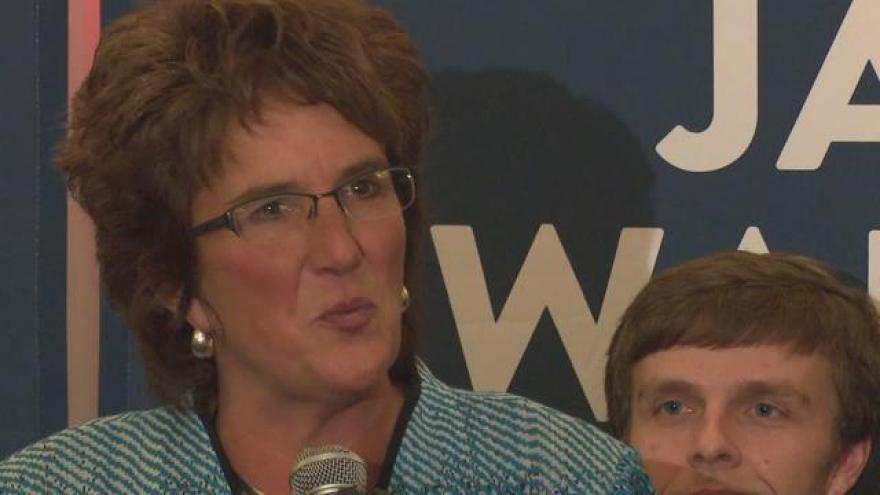 Constituents demanding a town hall with Congresswoman Jackie Walorski were shocked when she didn’t show up to a local event Thursday.

Walorski’s office says it was a scheduling conflict that caused her absence, not the protesters.

The event was a tax assistance seminar at the Mishawaka Penn-Harris Public Library.

Several protestors gathered outside to demand a town hall with their representative.

“I think she heard about people are going to protest and I think she changed her plans,” protester Pam Claeys said.

While she wasn’t there in person, Walorski did send a video message to the file your taxes free event.

“I wish I could join you for the briefing on this important too for Hoosier tax payers,” Walorski said in the video.

A representative from her office declined to interview, but told ABC 57 the congresswoman had a scheduling conflict. He would not say what that conflict was.

While the group inside, looking for tax help, seemed unaffected by Walorski’s absence, the group outside said it’s another failed attempt at meeting with their representative.

“We want to have a public meeting, a town forum, if you will, and she has none scheduled,” protester Steve Francis said.

Walorski’s staff member said she has no town halls currently scheduled, but that she’s constantly meeting with constituents.

However, Thursday’s sign-wielding voters say they want a town hall, not just a meeting.

“There have been lots and lots of petitions we have signed. Lots and lots of emails. We have met with her representatives across the street at her office, and we still are not getting any response to this town hall thing,” Kathy Liggett said.