Protests pop up over Zimmerman verdict 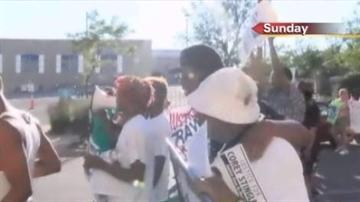 MILWAUKEE -- Protests are popping up all over the country in the wake of the Zimmerman trial verdict making it clear they are not happy with the trial's outcome.

Protesters took their message to the streets of Milwaukee Sunday.

They say this is about more than Trayvon Martin's death. Instead the group says America has a history of racist judgments against black men and believes that needs to change.

"Until we start treating each other like human beings and not preconceived notions of what people are based on what you think they look like, this will keep happening,” said protester Tellice Gillom.

Protesters also referenced the death of Derek Williams who died in police custody in Milwaukee in 2011.

Federal charges were not filed in that case.