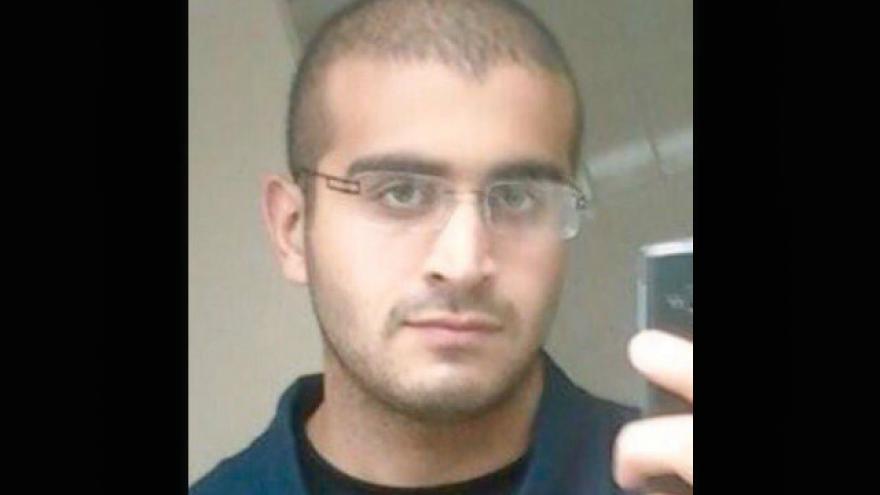 (CNN) -- The Pulse nightclub may not have been Omar Mateen's first choice as a place to carry out a mass shooting, but other sites he drove to the same night -- including Disney properties -- appear to have had tighter security.

According to court documents filed in US District Court on Monday, the 29-year-old security guard may have been considering other targets, and the final selection of the Pulse appears to have been made based on the lack of security -- not because it was a gay club.

These revelations and others in the defense motion outline for the first time some of the government's evidence surrounding the shooting, which it plans to use in the trial of Mateen's widow, Noor Salman.

Here's a description of Mateen's actions the night of the attack, culminating in his death:

About 10 p.m. on June 11, 2016, Mateen went to Disney Springs, just outside Orlando. The shopping and dining complex would likely have been busy on that warm Saturday evening, with families and groups of friends walking around or waiting in line to get into some of the more popular spots.

About two hours later, according to cell tower data investigators used to determine Mateen's path that night, he drove near Walt Disney World's Epcot. It's another popular tourist attraction for families, and was probably busy on the balmy weekend night.

Then, at 12:22 a.m. on June 12, Mateen searched Google for "downtown Orlando nightclubs." A club called EVE Orlando and the Pulse nightclub showed in the results, and he got directions from Google Maps to EVE, which bills itself as a high-end nightclub and upscale lounge. EVE features DJs and live music, and is located in a busy downtown area, close to several other clubs and restaurants.

Mateen got near EVE about 12:55 a.m. The defense says it will present evidence that EVE has substantial security at its entrance and that people are searched before they can enter.

At that time, he did another Google search for clubs in downtown Orlando. This time Mateen got directions to Pulse and arrived there between 1:12 and 1:16 a.m. He drove around the area for a while, and around 1:33 a.m. he did the same Google search and got directions again to EVE Orlando. He started to head in that direction at 1:34 a.m. but then turned around one minute later and went back to Pulse.

That club is in a less dense area of the city. Aside from a few fast-food places and a car window-tinting shop, that block of Orange Avenue is a bit more sparse.

At 2 a.m., Mateen fired the first shots into the club. Using an assault rifle and a pistol, he slaughtered 49 people and wounded dozens more in the second deadliest mass shooting in US history. About three hours later, after barricading himself in the club's bathroom with clubgoers who had gone in there to hide and a few rounds of negotiations with police, he himself was dead from police gunfire.

Mateen's precise timeline and actions were revealed in a defense motion filed Monday in the trial of his widow, Noor Salman, who is charged with providing material support to a foreign terrorist organization and obstruction of justice for allegedly misleading law enforcement agents investigating the shooting.

Prosecutors believe Salman was aware of her husband's plans and will argue that she could have tipped off authorities to prevent the mass shooting.

She denies she knew anything about her husband's plans, and her attorneys have said she suffers from post-traumatic stress disorder because of years of physical and mental abuse by her husband, CNN affiliate WKMG reported.

Salman has pleaded not guilty to all charges. If convicted, she could face life in prison. The trial began last week with jury selection, which is still ongoing.

The defense motion asks the court to restrict the government in its opening statement by not allowing federal prosecutors to assert that Mateen targeted the club as an attack on the gay community, to not discuss his purchases of weapons and ammunition at which Salman was not present and not aware, and to refrain from disclosing that Mateen named his wife as a beneficiary for his bank account 11 days before the shooting.

"An improper opening statement unquestionably tends to frustrate the public interest in having a just judgment reached by an impartial tribunal," the motion said, quoting from a 1978 case, Arizona v. Washington.

The defense notes that -- despite statements signed by Salman when she was questioned by the FBI about the couple supposedly scouting the Pulse the week before the attack -- the government did not use this information in its trial brief.

Another statement, also said to have been made by Salman in the hours after the shooting, said that her husband had gone on the Pulse website two days before the attack and told her that it was his target. But the defense says that even the government's expert could not find any evidence that any devices belonging to the couple had accessed the club's website.

Prosecutors also charged that Salman aided and abetted her husband because she was present when he purchased several weapons and hundreds of rounds of ammunition as he prepared for the shooting. Her defense team says video footage and forensic evidence show that Salman was not with Mateen when he made those purchases.

"The defense respectfully requests that this Court preclude the government from suggesting in its opening argument that Mateen's purchases of the Glock, the Sig Sauer, the ammunition for these weapons, or the items purchased at the Port St. Lucie Bass Pro Shop, are attributable to Salman or constitute evidence of aiding and abetting on her part," the motion said.