Qatar's US ambassador: We can live under Arab embargo 'forever' 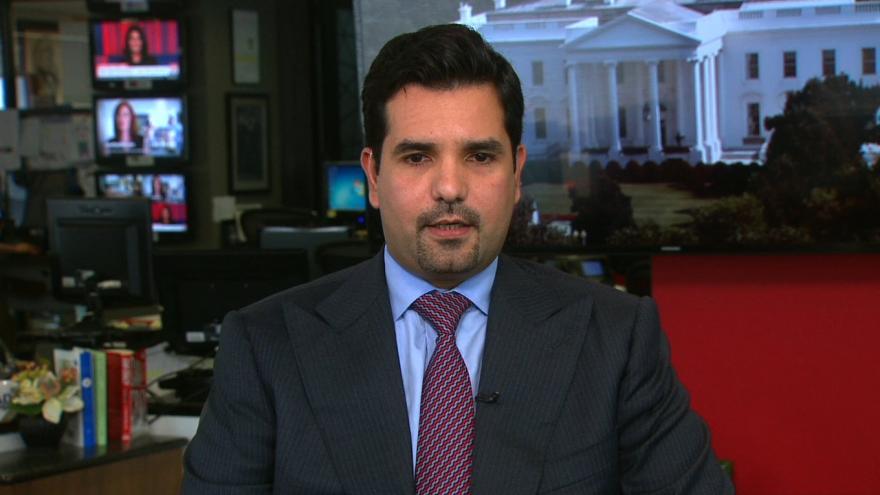 By Ben Westcott and Richard Roth

(CNN) -- Qatar's ambassador to the United States has called for an end to the ongoing "blockade" of his country by a coalition of Arab states, while defiantly stating they could live under the embargo indefinitely.

"There is no damage to our economy. Qatar is solid in its economy and we are comfortable and we can continue like this forever," ambassador Meshal bin Hamad Al-Thani told CNN.

The Middle East was plunged into one of its worst diplomatic crises in decades on June 5 when the four countries -- Egypt, Saudi Arabia, Bahrain and the United Arab Emirates -- announced they would be cutting ties to Qatar over its alleged support of terrorism.

They provided a list of 13 demands to the Qatari government, including shuttering the Al Jazeera media network and reducing diplomatic ties with Iran. Qatar's foreign minister said the list was "made to be rejected."

In an interview with CNN's Richard Quest, Al-Thani said the crisis was counterproductive to the region and to the fight against terrorism.

"The State of Qatar has demonstrated its constructive approach to resolve this crisis and we have called many times to have a meeting to sit and discuss this ... so now it's up to the boycotting countries to decide and come to the table," he said.

Al-Thani's comments came as representatives for the four nations boycotting Qatar appeared willing to slightly relax their strict demands on the isolated state.

At a briefing for select media in New York on Wednesday, Saudi Arabian ambassador to the UN Abdullah bin Yahya Al-Mouallimi emphasized the importance of the six principles for renewal of diplomatic relations with Qatar, which were agreed to by boycotting nations on July 5 in Cairo.

"There are principles and there are tools (among the 13 demands)," the Saudi ambassador said during the briefing, implying some of them may be negotiable.

The six principles are much less strict than the original demands, and are made up of broad requests such as "suspending all acts of provocation and speeches inciting to hatred or violence," according to Bahrain's state media. They don't include any action against Al Jazeera.

During the briefing, Al-Mouallimi again accused Qatar of financing terrorism and backing extremism in the region, accusations that Qatar firmly rejects.

When asked after the briefing whether the four countries were backing down on their 13 demands, Al-Mouallimi deferrred.

"I didn't discuss the demands or giving up on those demands. I talked about the important thing now being the commitment to the six principles ... that statement was the last one to express the comprehensive point of view of the participating countries," he said.

There are still no talks arranged between Qatar and the boycotting nations, despite US Secretary of State Rex Tillerson's efforts during a visit to the region in July.

Speaking to reporters as his plane left the Qatari capital of Doha, Tillerson said any resolution "may take quite a while."

"There's a changed sense of willingness to at least be open to talking to one another and that was not the case before I came," he said.