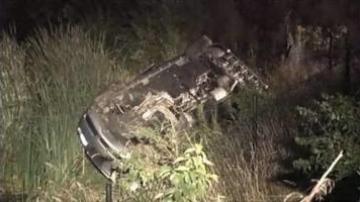 INDIANAPOLIS — An Indiana woman is alive after the quick thinking of three Indianapolis police officers. They rescued the woman from a submerged car Tuesday.

The Merrillville woman called 9-1-1 and said she had fallen asleep behind the wheel. She woke up to her car upside down in a retention pond in Indianapolis.

When police asked where she was, she didn't know.

As the police kept asking questions to figure out her location, her car kept filling up with water.

Police said if they would not have found the woman she would have died.

Police were able to trace her call phone to a general area. On the way there, they remembered another woman who had gone into the water months ago.

And that helped police locate the woman.