Doppler radar is used to see the location of precipitation, but sometimes it picks up on other things in the sky as well. The National Weather Service in Boulder, Colorado made a unique sighting on Doppler radar Tuesday.

They originally thought that the reflectivity was picking up on migrating birds, but birds fly south at this time of year, not to the northwest. It turns out that it was a migration of monarch butterflies. 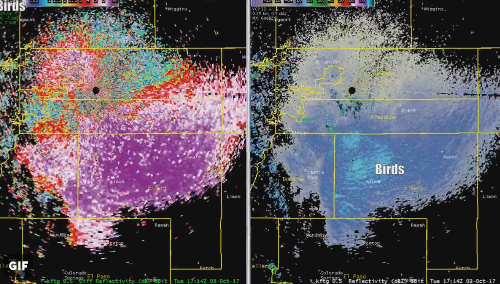 The National Weather Service received verification from spotters, who saw the thousands of butterflies flying through the sky. This is a rare occurrence, especially in the Denver area.