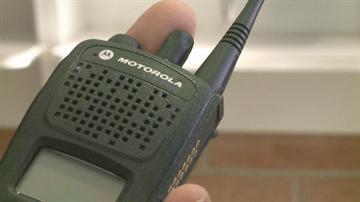 Deputies said they’re working to get similar 800 MHz radios that they can talk directly from car to car. This will be a big improvement from just calling each other’s dispatch centers to talk to an officer.
"Communication is everything,” said St. Joseph County Sheriff Michael Gizegorek. “It’s been limited at best in the past for us to be able to talk to one another across state line,” he said.
Both states are currently using an 800 radio system, but they’re not interchangeable, so Berrien County is already buying new radios. They’re working with Cass County to include their system also.
These departments said this will help in fighting all crime because criminals do not care whether or not they cross state and county lines.
"It's important that we have this communication because there's a lot happening on the state line,” said Berrien County Sheriff Paul Bailey.
This direct communication between officers will allow information to travel faster between agencies.
"That information is going to get out a lot quicker now so that their patrols can be looking out for what just happened in our county, and vice versa, they're going to be letting us know,” said Bailey.
They said this is just this first phase of implementing better state-to-state communication, and they hope to eventually have joint meetings to share information.
Share this article: