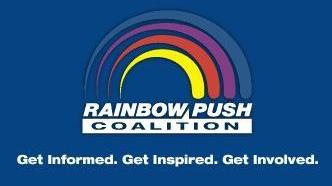 They will appear at a community briefing held by Apostle Willie Coates and Community Activists Sam Brown and Mario Sims. Community leaders from all over South Bend will be in attendance.

Local activists told us that the Rainbow PUSH Coalition is coming to support their efforts to have the South Bend Police Department release the tapes and have them publicly aired. They will also address South Bend Mayor Pete Buttigieg's refusal to release them.

A press release was sent to ABC 57 News on Wednesday morning that read:

"From all across South Bend, the people are rising up to claim their civil liberties and demand the tapes be released and publicly played. Now it is time for all of us to join in non violent peaceful protest. This intolerable situation must end. United in one voice, we will let the Mayor know it is up to us, the people, to decide what should be done about the content of the tapes. We will peacefully demonstrate, talk, file the appropriate requests, call on elected officials and organizations, organize and inform the public, and utilize all legal means, including impeachment, until we make it happen. It’s time for us to unite. It’s time for the Mayor to listen."

ABC 57 News will be at the briefing and will continue to follow this developing story. For more information about the tape scandal up to this point, check out our special online section.