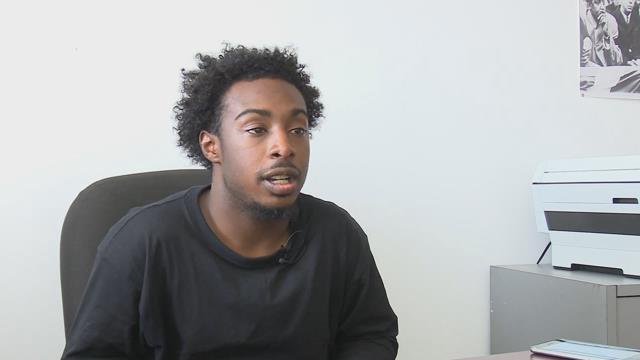 A Black Lives Matter rally is planned in downtown South Bend for Saturday.

However, the organizer’s Facebook activity has some questioning his motives.

Blue Casey, the young activist planning this rally insists it will be peaceful, although his Facebook profile photo Thursday was a cartoon masked figure spilling the blood of an officer.

“The profile picture was art. It was an artistic statement. It was to show a lot of anger,” Casey said.

Casey since changed his profile photo to a description for the rally Saturday, but says he won’t take the cartoon down completely from his profile.

He hasn’t taken it down, but apologizes.

“It wasn’t meant to be distasteful. I spoke too soon,” Casey said.

Despite social media, Casey says the event in South Bend Saturday activity to detract from what he says will be a peaceful rally.

“We want to come together as a whole with the whole community, blacks, whites, Mexicans, anybody that feels outraged by unarmed black males and women being killed by police officers,” Casey said.

“We want people to come down there peacefully, and use the strategy that MLK used. There’s no reason to riot and start killing our own in South Bend,” Casey said.

As for the officers, he says he wants them to be safe as well.

“We don’t want to attack any officers,” Casey said.