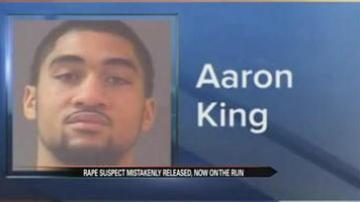 It has been a week since a man accused of raping a Ball State University student was mistakenly released from the Delaware County jail.

King is on the run.

He was released on a $60,000 bond last Wednesday even though a detainer notice indicated that he should be kept behind bars.

Officials say an investigation is underway.