Rash of storage break-ins in Mishawaka 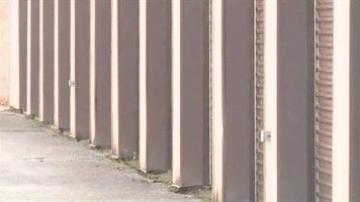 MISHAWAKA, Ind.-- Place your things in a self-lock storage unit and you expect them to be there when you return. But Katie Swiatowy's husband got a phone call this week- and the news wasn't good.

"They called Monday around three o'clock to let us know that there was a quite a few of the units broken into," said Katie Swiatowy, victim's wife.

Her husband's unit at Self-Lock Storage in Mishawaka, one of three broken into this past weekend, is now missing his most prized possession: his tool set.

"He had 3 bags full and that's his manlihood- that's how we survive with his tools," said Swaitowy.

He had placed them in the unit to get them out of the way while working on an outside job, but the owner of the storage facility said his poor luck would have been covered by insurance.

"If you have a lot of valuable things in there that's probably a good decision to pay ten dollars a month for insurance," said Jef Weidner, manager at Self-Lock Storage.

But sadly the Swiatowy's wish they had done things differently--and taken the advice.

"Well I wish we would of had first of all: insurance," said Swiatowy. "We probably should of had insurance on it if we were going to keep his tools in there. For the other stuff not so much, but there was quite a lot of money in there."

Which is one reason the storage manager says never tell anyone what's inside the locker or how much it's worth.

"We've actually had tenants say the person who helped them move had stolen their stuff," said Weidner.

Unfortunately theft happens at all storage units across Michiana.

"The Mishawaka officer that responded yesterday said 'Every place gets broken into,'" said Weidner. "It's just like your house. There's not one neighborhood that doesn't get broken into."