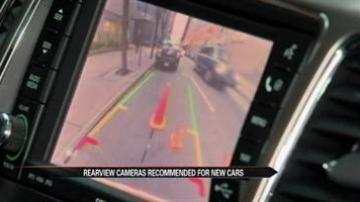 Several parents filed a lawsuit against the president's transportation administration because they only recommended rear view cameras in vehicles, instead of requiring them.

Rear view cameras are designed to keep you safe and prevent deadly accidents.

The cameras would help drivers see behind them as they back-up.

Several cars already have this feature and for good reason. On average, every year more than 200 people are killed as drivers back up, most are young children.

Some say the recommendation by the government is not enough.

"Adding this as a recommendation, simply just underscores it's an option for a car," said a mother who accidentally ran over her child Susan Auriemma.

Wednesday, that mother, along with other parents filed a lawsuit against the President's transportation administration saying it is dragging its feet by failing to make rear-view cameras a rule, not a recommendation.