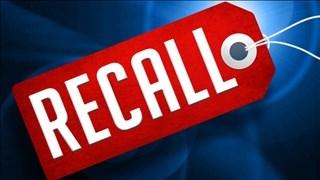 A food company based in Maine is recalling 1.7 million pounds of frozen, raw-stuffed chicken products.

On July 2, Barber Foods announced 58,000 pounds of their products would be recalled due to possible Salmonella contamination, and the recall has expanded after other illnesses were reported to the USDA.

The products were produced from February 17, 2015 and May 20, 2015 and are packaged in six individual pouches per box including Chicken Kiev, Chicken Tenders, and Chicken Cordon Bleu.

According to the USDA, raw chicken must be handled carefully to avoid cross-contamination and it should be cooked thoroughly until the chicken has a temperature of 165 degrees Fahrenheit.