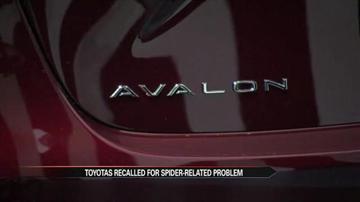 Toyota has issued a recall for 870,000 Camrys, Venzas and Avalons.

Officials say a problem with an air conditioner part could cause airbags to deploy unnecessarily. There could also be a loss of power.

Toyota says spider webs can cause a blockage in a drainage tube from the air conditioner condenser and than can lead to short in the airbag system.

The cars under recall are 2012 and 2013 Camrys, Venzas and Avalons. The hybrid versions of those cars are also included in the recall.