Record breaking heat in the Southwest 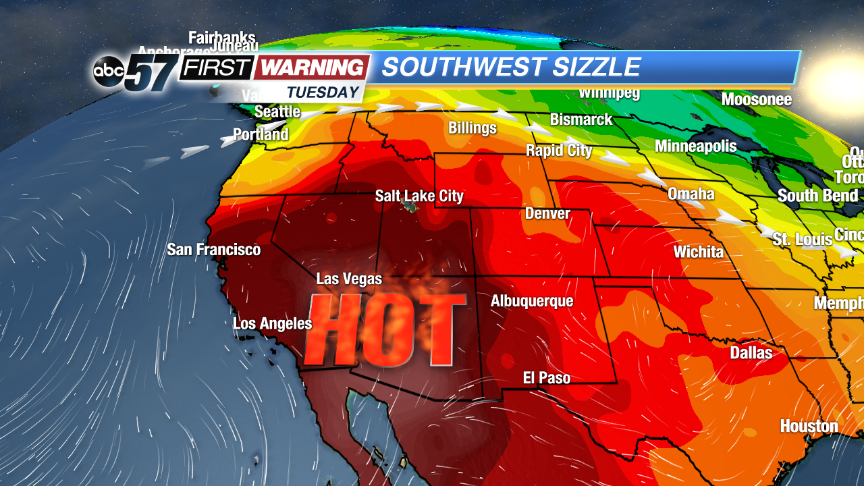 The heat is on over the Desert Southwest and temperatures are not looking to cool down any time soon.

Highs across the area Monday swelled into the 120's as many cities set new records for daytime high temperatures. The forecast for today shows much of the same as more records could be broken by the end of the day.

Some flights out of airports in the Southwest have even been cancelled due to the heat. Once outside temperatures reach above 118 degrees, internal instruments on some of the planes can malfunction, creating many hazards, especially during takeoff and landing.

This heat wave over the southwestern portion of the United States has been caused by a stationary ridge of high pressure over the region.

This mound of air in the atmosphere creates sinking air that compresses and warms as it approaches the surface. Also, with many high pressure systems, winds are very light, and sometimes calm, which does not help move the incredibly hot air out of the area. The result is several consecutive days of potentially record-setting high temperatures. But, this area isn't the only spot that's seeing the heat.

According to the National Oceanic and Atmospheric Administration (NOAA), May 2017 is already the third hottest May on record as global temperatures are still on the rise. The year 2017 has also become the second hottest year on record so far. 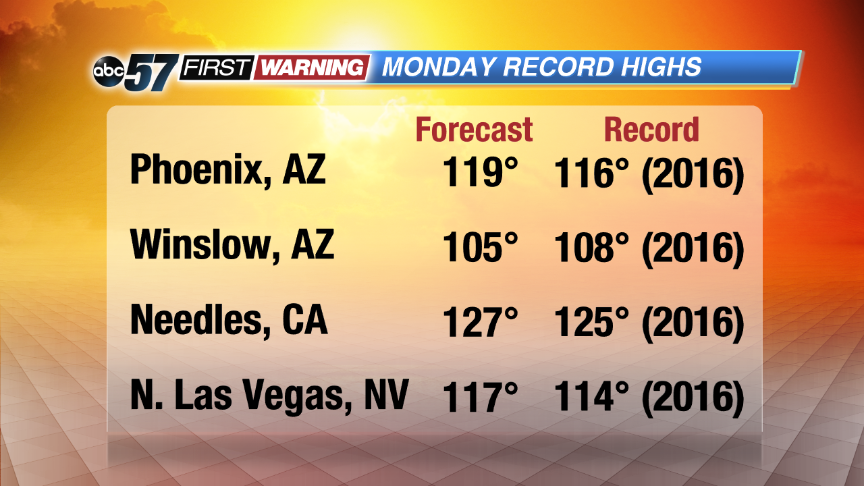 Today's highs could once again topple records set back in 2016.