July is the rainiest month of the year, and Michiana has indeed received quite a bit of rain so far this month. For several cities, they have already received more rainfall than they do by the end of the month of July. By the third week of July, most places will receive between two and two-and-a-half inches of rain, but the Warsaw area has blown that norm out of the water. 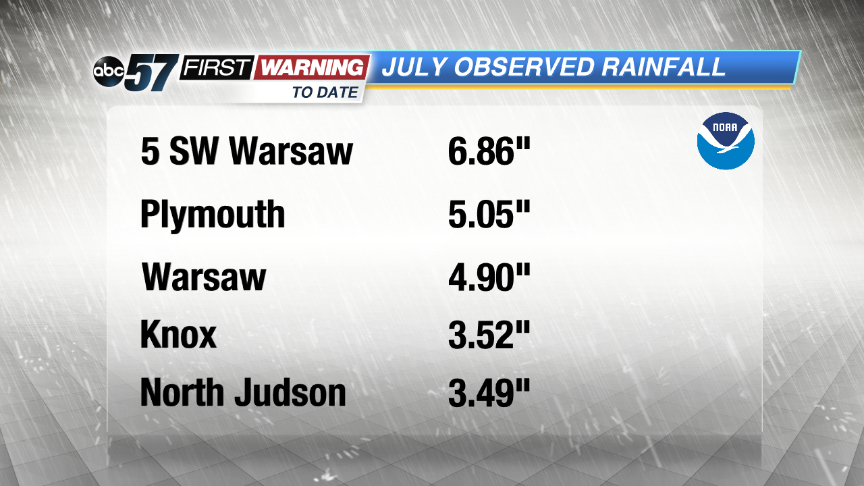 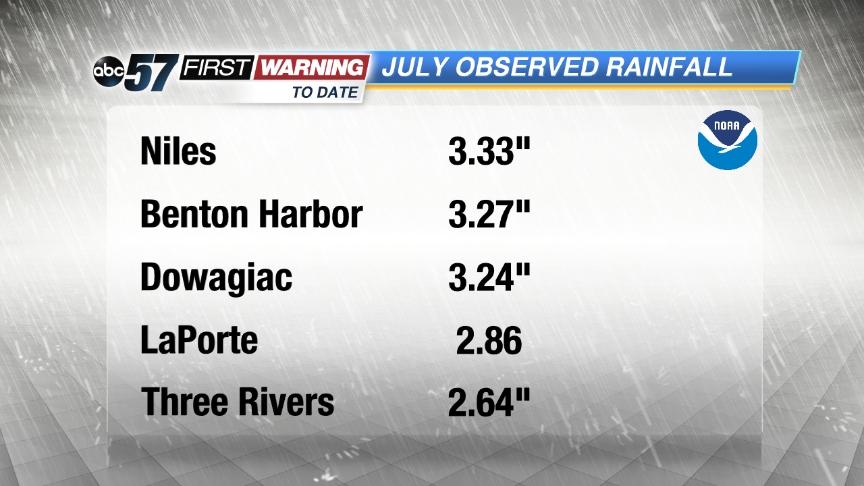 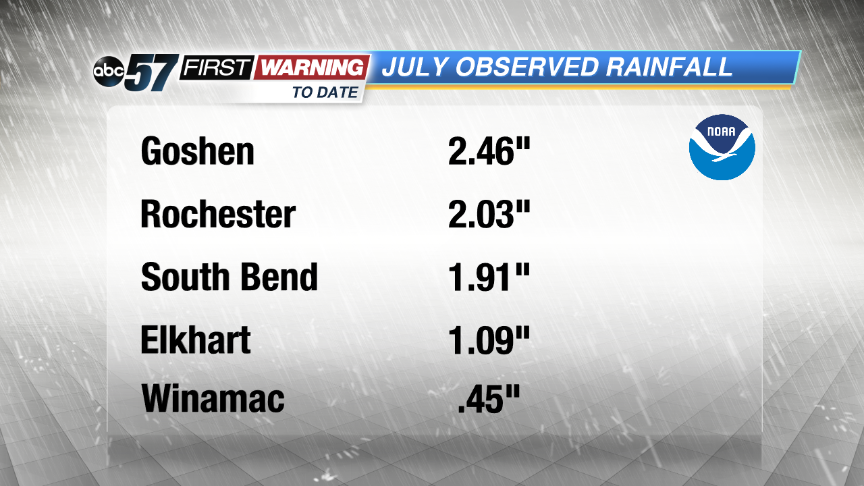 Notice on the map below, that cities around the US-30 corridor have had the highest rain totals. Some of the heavy rainfall totals are also in southwest Michigan. 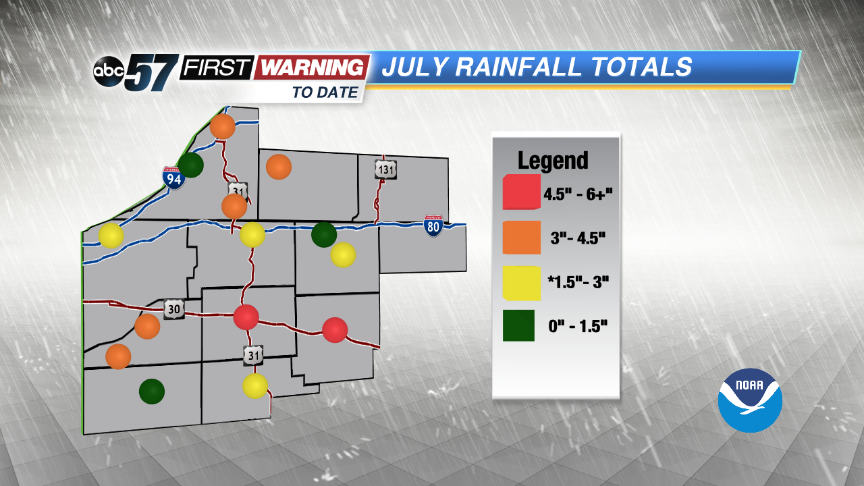 The rain is going to stay in our forecast for a majority of the next ten days, which could to record breaking rainfall totals for Warsaw by the end of the month. The Warsaw area only needs a mere inch-and-a-half to beat the July rainfall record set in 1996. 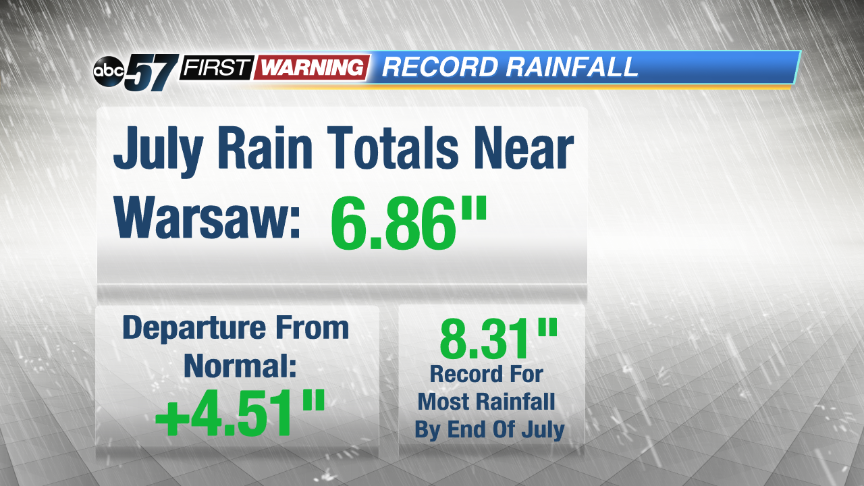