Record heat in LA for the World Series

NOW: Record heat in LA for the World Series 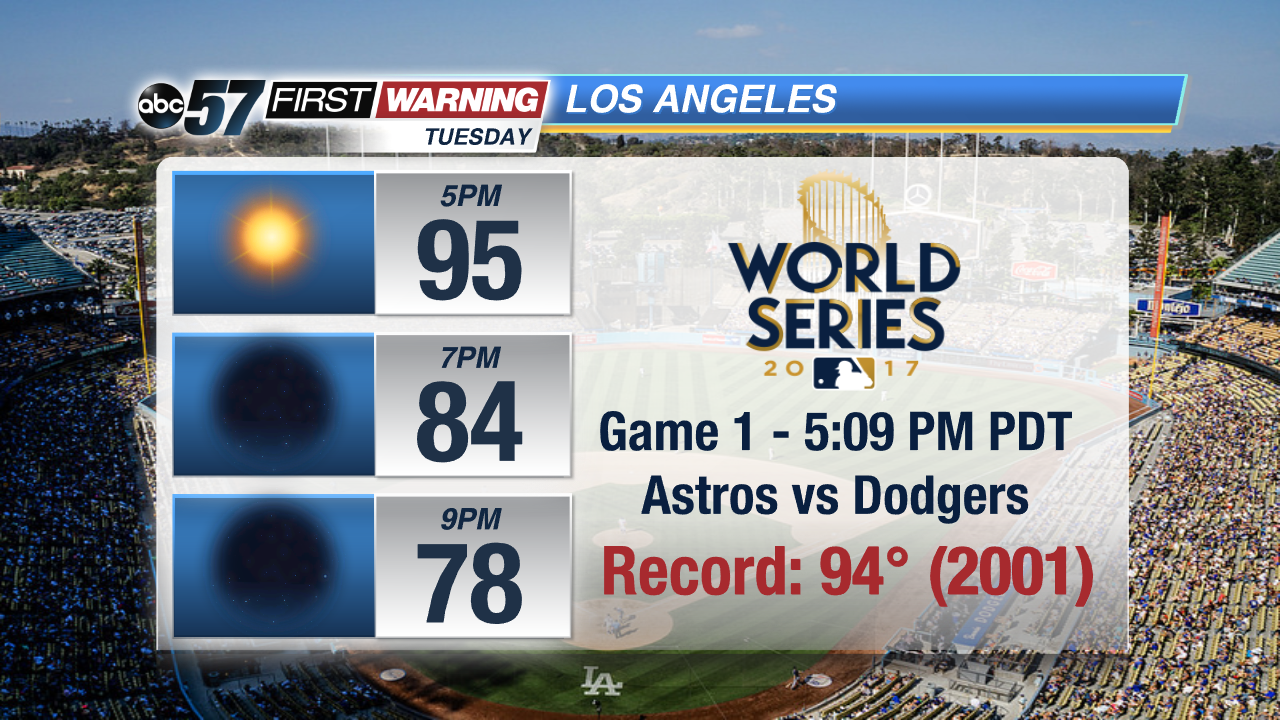 Tonight's game could become the hottest World Series, and even MLB playoff game, on record.

Today is the day, baseball fans! Game 1 of the 2017 World Series is tonight at 8:09 PM EDT and game time temperatures will be HOT! So hot that new records could even be created.

95 degrees should be the temperature at game time, and that could break the record for the hottest World Series game ever. That hasn't been touched since 2001, when the Arizona Diamondbacks and the New York Yankees played in 94-degree weather in Phoenix. The reason for all this heat is actually a direct result of our cool and dreary weather this week.

A strong ridge has had a firm grip on the western third of the country for the last few days, propelling highs in Southern California back towards the lower 100s and upper 90s. The heat should persist for the next couple of days in Los Angeles, meaning another cool blast for us in Michiana for the weekend.