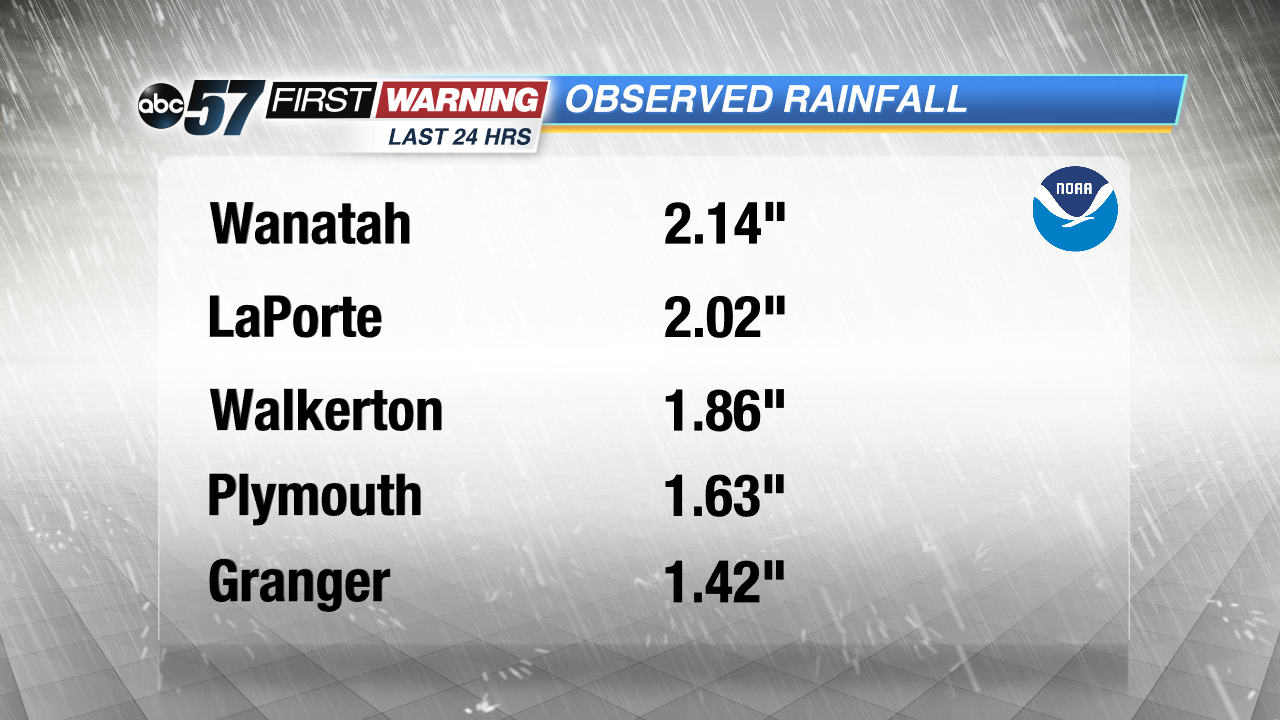 Rainfall accumulation ranged from over two inches on the northwest side of Michiana, down to more than half of an inch on the southeast side. Take a look at rainfall totals around Michiana:

Some of the higher rainfall totals that accumulated over the twenty-four hour period, were more than the amount of rain South Bend Airport received during the entire month of September. September rainfall was very low, only 2.04 inches for the entire month. 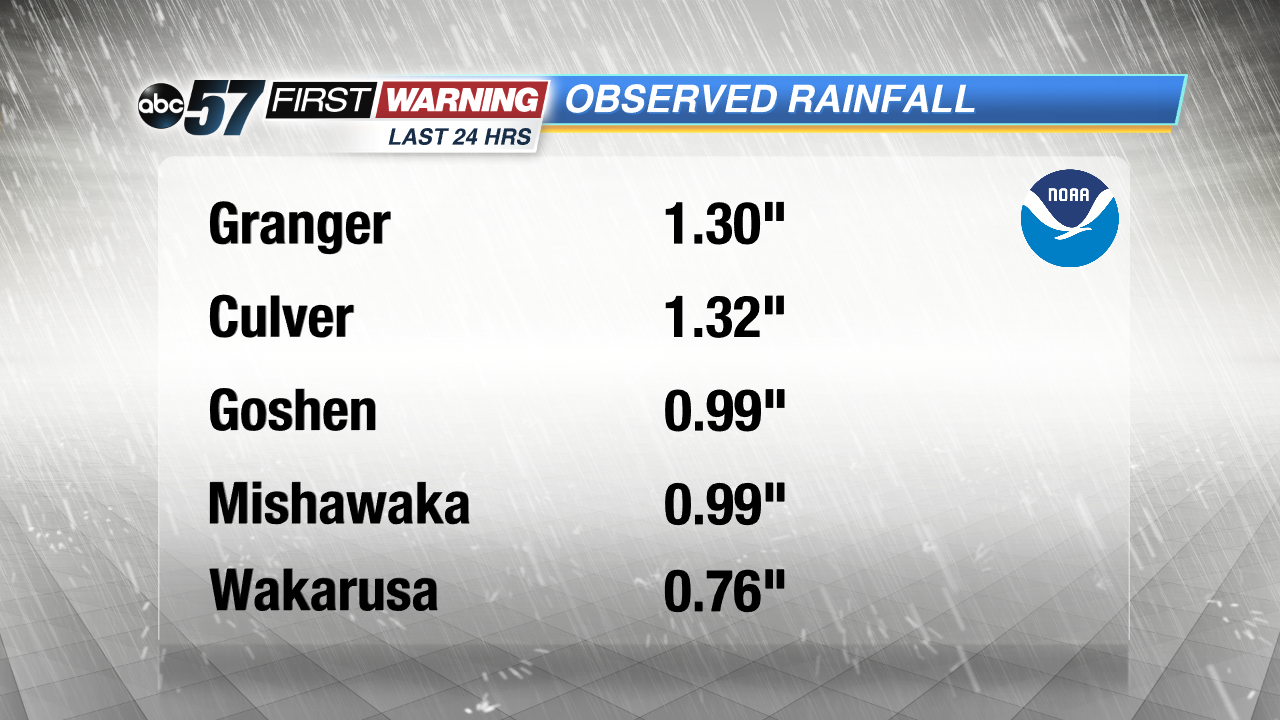 Wednesday's rainfall at the South Bend Airport broke a new record. The record rainfall of 1.62 inches 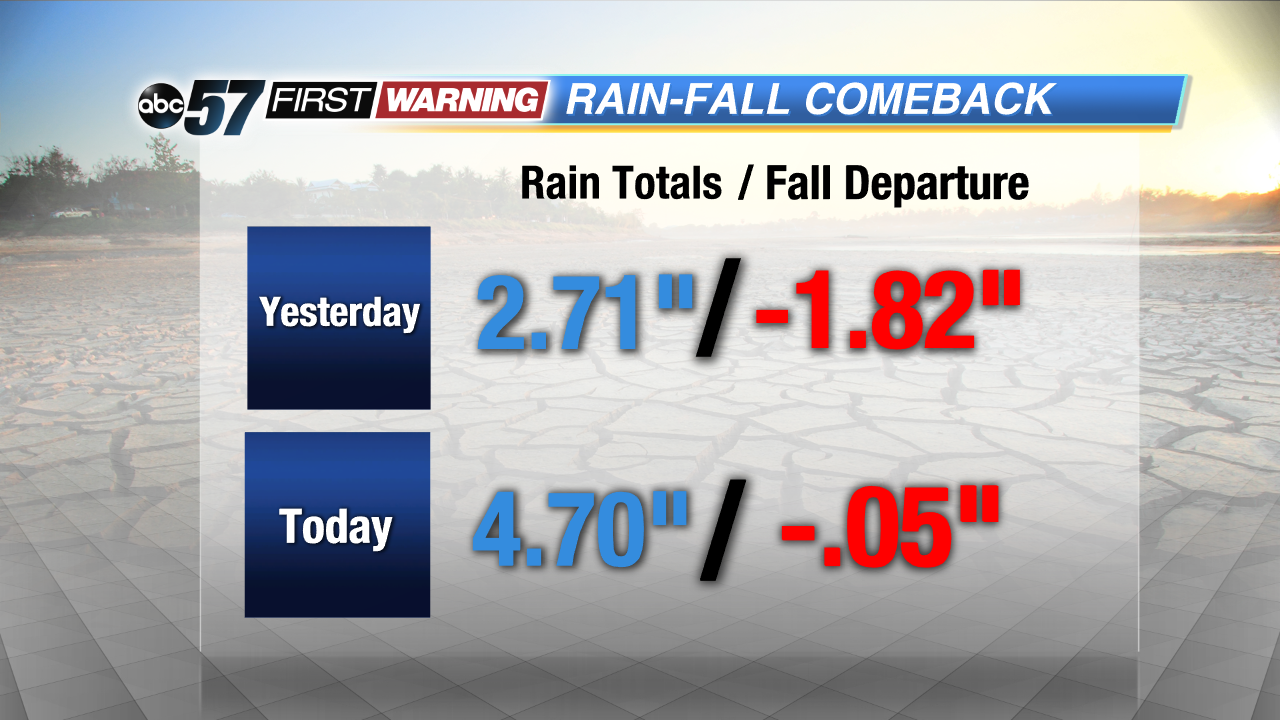