Record snowfall blankets the northern plains in late May

NOW: Record snowfall blankets the northern plains in late May

In the high elevations of the Black Hills, nearly two feet of snow fell. In the lower elevation surrounding the Hills, only around three inches fell. 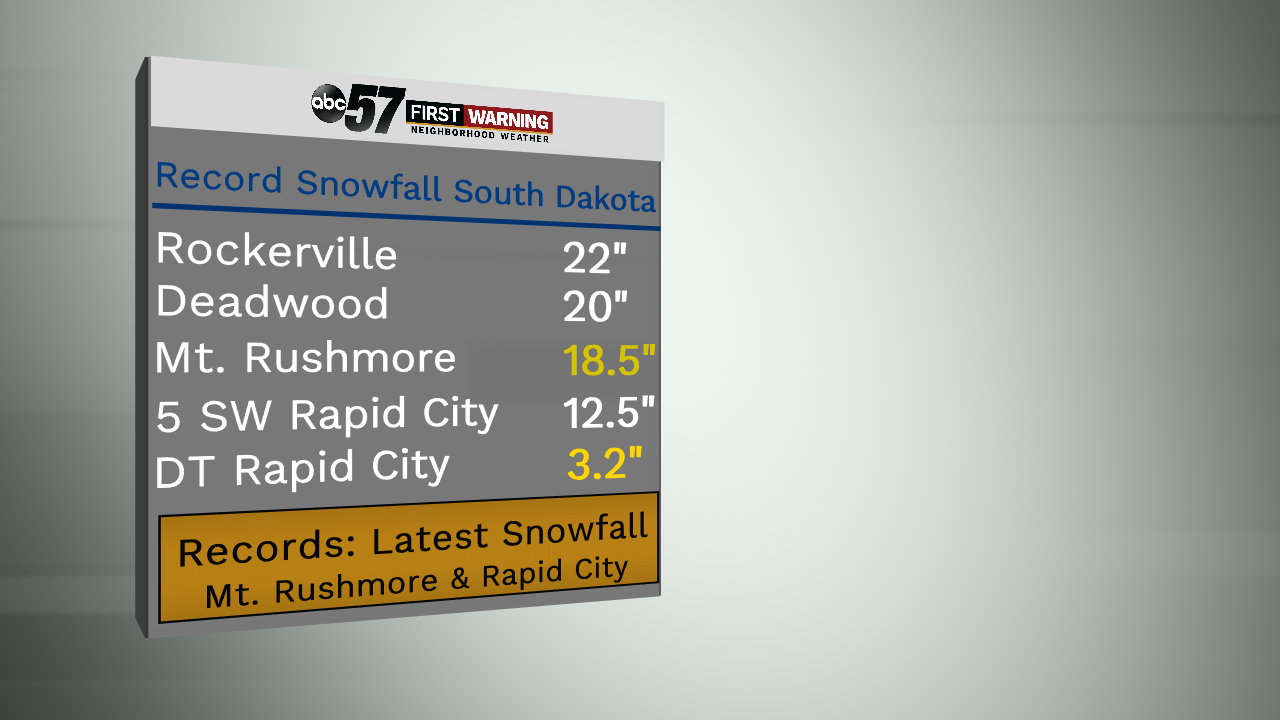 Mount Rushmore broke a daily record high of 16.3" of snow on Tuesday alone. Rapid City broke daily records for snowfall on Monday, Tuesday and Wednesday. This is not the latest snow storm to impact the Hills, the latest snow accumulation of over one inch occurred as late as June 1st.

The snow should melt relatively fast, as temperatures are expected to warm right back up to the fifties and sixties in the coming days. The melting snow, combined with more rain, is creating a flood threat for the coming weeks.