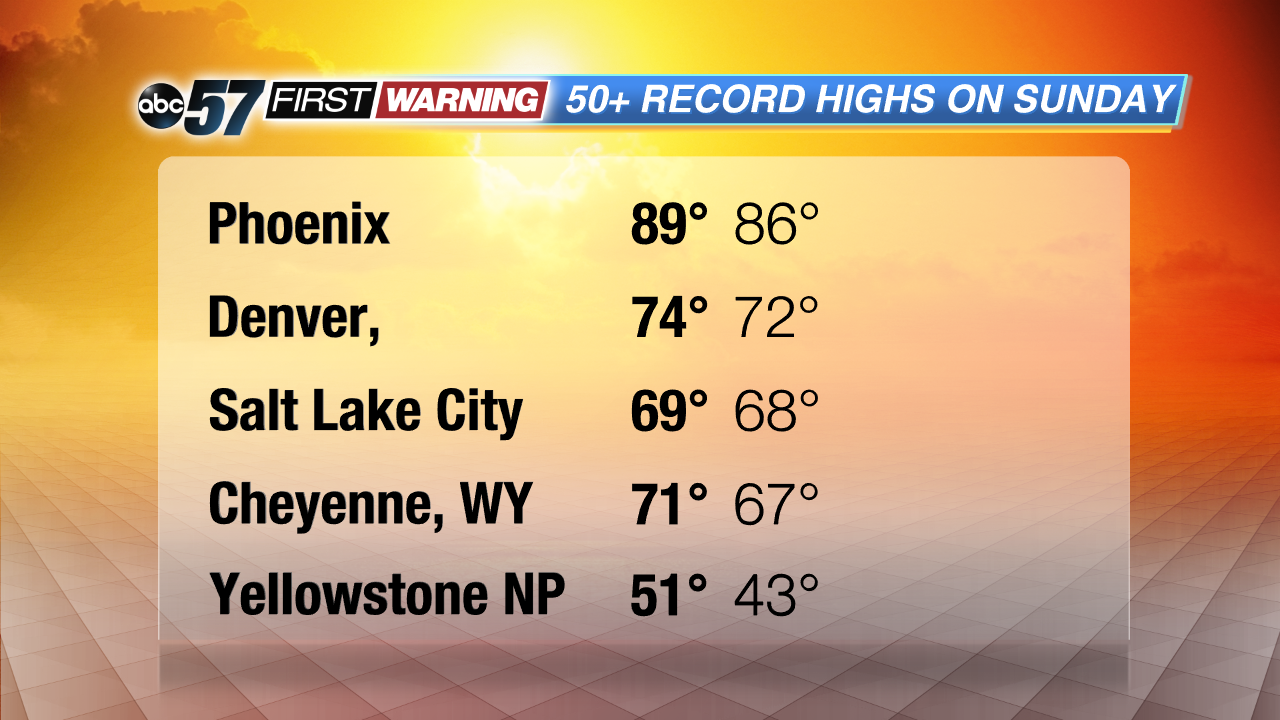 It did not feel like November across much of the U.S on Sunday or Monday. Sunday, in more than fifty cities across the central and west U.S., record-high temperatures were set, and even more broke records on Monday.

It is all because of a ridge in the jet stream, allowing warm air to flow north. Even cities as far north as Wyoming broke their daily high temperature records. The same happened on Monday, but since the jet stream ridge shifted east, so did the warmest temperatures. 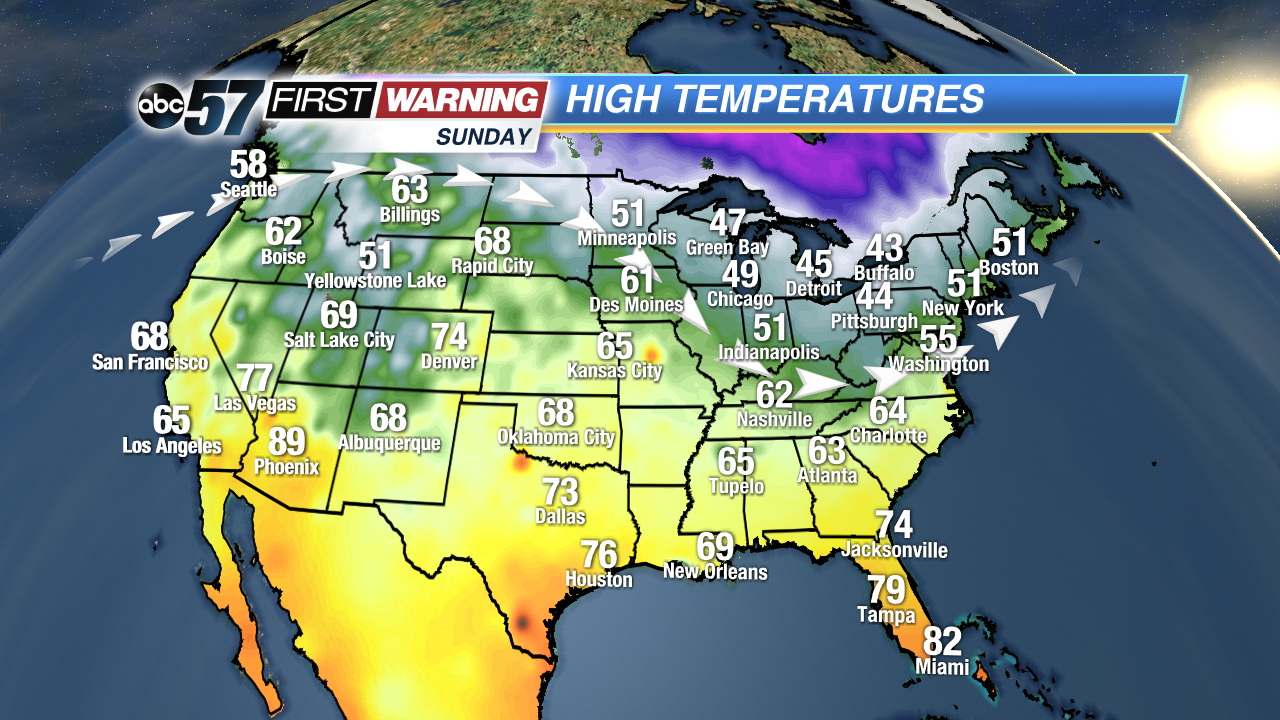 Denver, CO warmed into the low 80s Monday, setting a daily record two days in a row, and also breaking the record for “warmest day in November”. 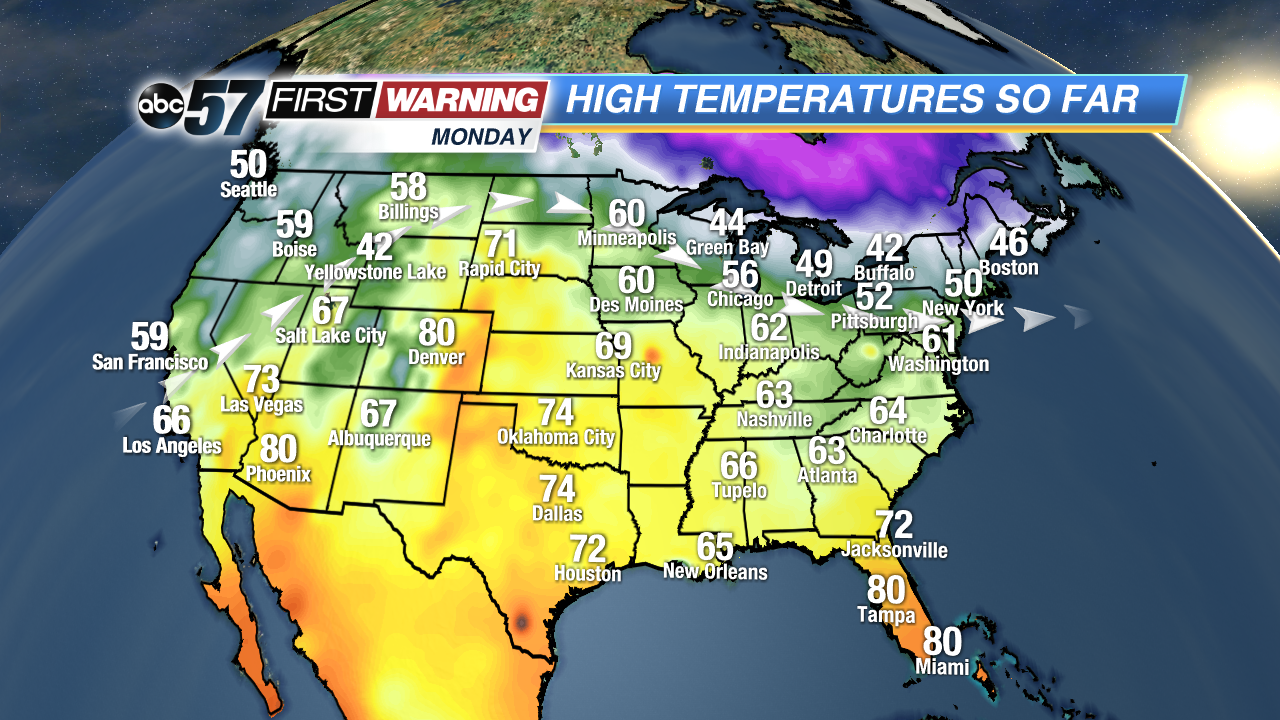 As this ridge shifts east Tuesday, a cold front will start pushing across the States, dropping some of those warm temperatures with it. Denver, for example, is expecting snow showers and a high in the 40s for Tuesday. Talk about a weather rollercoaster.

In Michiana, the warm air will keep moving in through Tuesday. The warmest of the continental tropical air mass will not make it all the way east to Michiana before the cold front starts pushing the warm air south, so no records will to be broken here. However, highs are expected to be fifteen degrees warmer than normal, making for a nice, mild Tuesday. The cold front will push through by Wednesday morning, bringing more seasonal conditions, but temperatures this week will be staying warmer than normal thanks to the jet stream pattern. 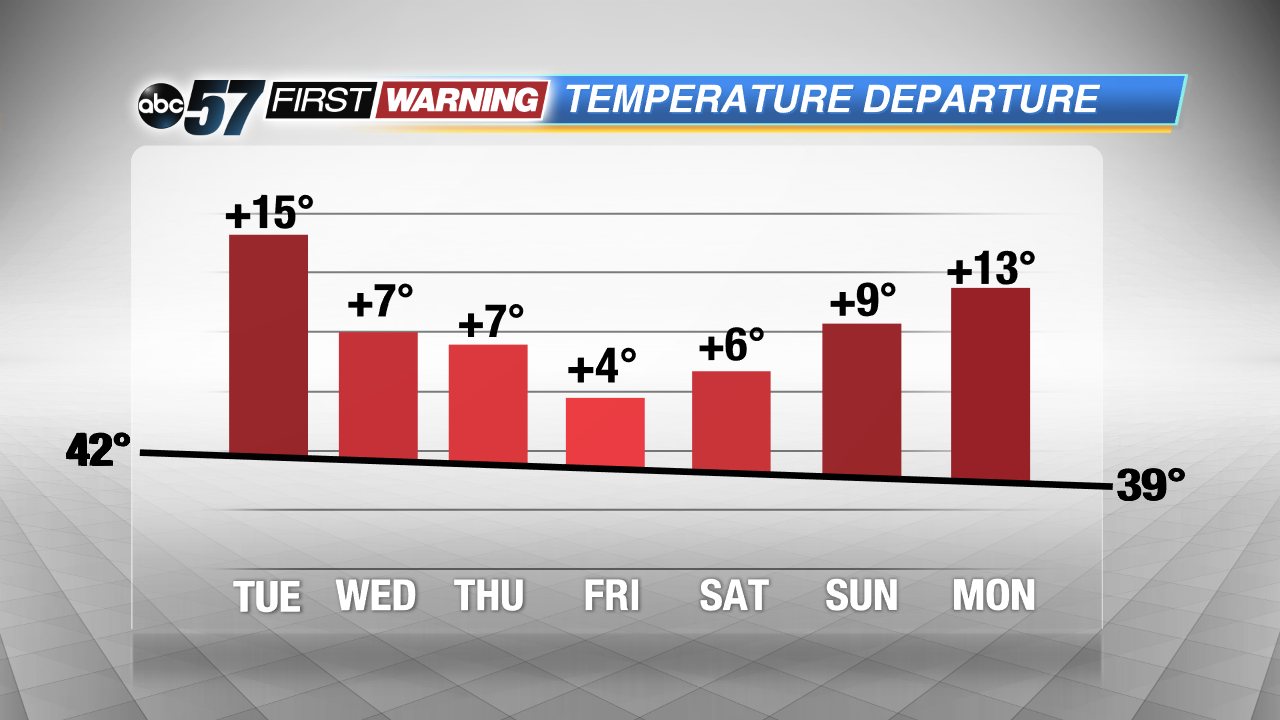