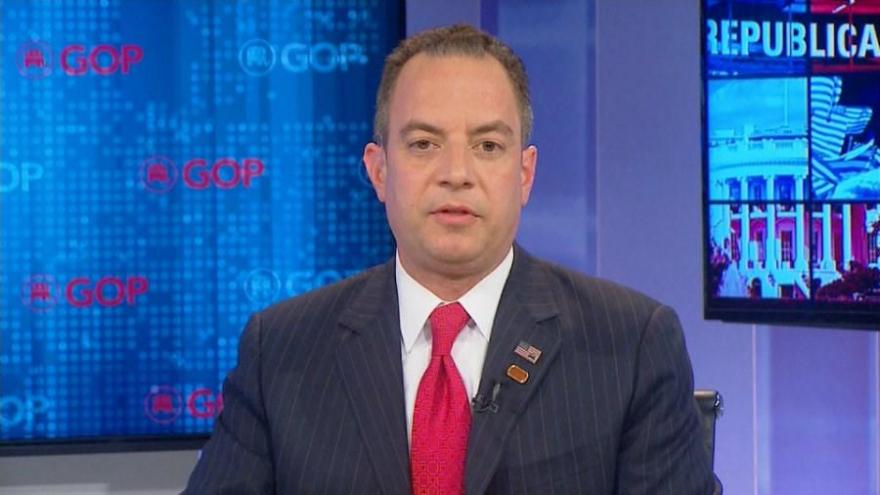 (CNN) -- White House chief of staff Reince Priebus will return to Washington after President Donald Trump wraps up his visit to Saudi Arabia, the first stop on his foreign trip.

The decision for Priebus to return to the US was pre-planned, not spur-of-the-moment, White House spokeswoman Sarah Huckabee Sanders and a second Trump adviser said.

"He was planning to come for the first stop and then head back for the budget roll out," Sanders said.

The chaotic nature of this White House has prevented Trump's team from doing much strategic planning, the second Trump adviser said. Leaving the trip early would give Priebus time to plan for the President's return, the adviser said.

Some major issues are awaiting Trump back home, including the possible hiring of outside legal counsel in the Russia probe, the selection of a new FBI director, and the effort to pivot back to the President's domestic agenda.

In the run-up to the trip, analysts noted it would be odd for the chief of staff to spend so many days traveling with the President.

"I will say I think it's unusual for the chief of staff to go on a trip, particularly on a trip this long," said Tamara Wittes, senior fellow at the Brookings Center for Middle East Policy. "The chief of staff is usually more of a chief operating officer in the White House itself, and normally when your principal -- whether it's the president himself or the head of Cabinet agency -- goes abroad, you have his deputy and those folks staying behind to help manage operations in his absence, and also to be that communications link between that principal who's on the plane and the folks back home."

Many of Trump's advisers came with him on the trip, including his eldest daughter Ivanka, son-in-law Jared Kushner and his spokespeople.

Vice President Mike Pence remained in the US, as did Trump counselor Kellyanne Conway.