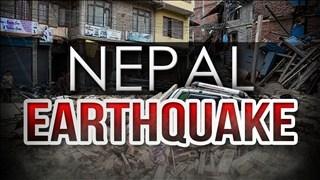 Doctor Sherry O'Donnell from St. Joe, Michigan's Rappha Medical Center is one of the relief workers heading to the disaster zone in Nepal.

In the first few days rescuers raced against the clock to help remove people trapped under the rubble. And in the more rural areas, the task is even more daunting because it's so tough to access.

One local relief worker, Joseph Carr from Michigan, who has worked on other relief efforts, is now getting ready to head to there.

The aid team is bringing thousands of dollars in first aid supplies including things like surgical tools, antibiotics, and bandages that become life savers in remote areas where all basic infrastructure have been flattened.

Dr. Sherry O'Donnell told ABC 57 News, "A lot of fractures, a lot of trauma usually a disaster like this comes in waves as far as the medical situation that we will see. The initial first week to 10 days is horrific trauma. Limbs that have been amputated, things that have been crushed. We will see lots of lacerations and wounds so we are bringing a lot of bandages and wound care stuff. Then it's usually followed by respiratory and followed by G.I. precipitated by the living conditions and congestion of all the people living together with improper sanitation, improper hygiene, improper sewage, content and things like that."

Which is why Carr says he's going on this rescue mission.

"If I can help somebody I am going to try to help," said Carr.

There is a growing concern about the spread of disease and lack of food and clean water in these rural areas. But international aid teams from countries like India, China, Pakistan, the U.S. are going to the area to help.

If you are interested in helping the people in Nepal, some ways you can do so include:

Save the Children donations: https://secure.savethechildren.org/site/c.8rklixmgipi4e/b.9274575/k.fd90/nepal_earthquake_childrens_relief_fund/apps/ka/sd/donor.asp

For more, head to http://abcnews.go.com/international/nepal-earthquake-victims/story?id=30609557