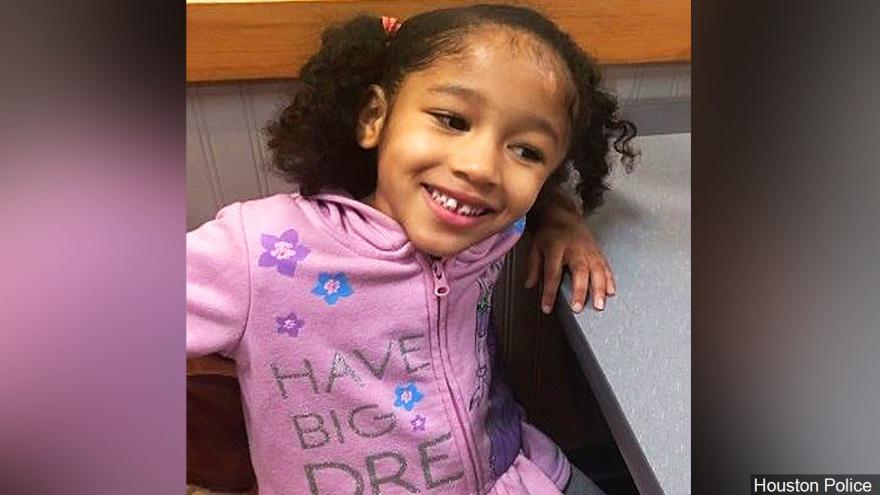 HOUSTON (AP) — The remains of a child found in Arkansas last week are those of a missing 4-year-old Texas girl, Maleah Davis, a medical examiner said Monday.

The Harris County Institute of Forensic Sciences said it had positively identified the remains found in a garbage bag near a freeway outside the town of Hope, Arkansas, which is located about 30 miles (48 kilometers) northeast of the Texas-Arkansas border.

Derion Vence, the man who had been arrested in connection with Maleah's disappearance, told a community activist he had disposed of her body there.

The institute of forensic sciences says the cause and manner of her death are not yet determined.

Vence, the ex-fiance of Maleah's mother, remains jailed on a charge of tampering with evidence, specifically a human corpse. He's being held on a $45,000 bond.

Vence, 27, had claimed he, Maleah and his 2-year-old son were abducted on May 4 by a group of men in a truck. He said he and his son were freed the next day but the kidnappers kept Maleah and his silver Nissan Altima. Police said Vence's story kept changing and didn't add up.

Houston Police Chief Art Acevedo said in a statement Monday that his agency would work with prosecutors to "ensure the person(s) responsible for her death, and the attempted cover-up of her death, are held accountable to the fullest extent of the law."

In a statement, the Harris County District Attorney's Office said on Monday that "additional charges would be filed as the evidence supports doing so."

"We remain focused on finding the truth and delivering justice for Maleah," the district attorney's office said.

Authorities were directed to Arkansas after Quanell X, a local civil rights activist, visited Vence in jail in Houston on Friday. Quanell X said that Vence told him he dumped her body near Hope.

Quanell X declined to comment on what Vence told him regarding how Maleah died but that Vence insisted what happened to her was "an accident."

Child Protective Services removed Maleah and her brothers from the apartment Vence and Bowens shared in August after the girl suffered a head wound, but the children were returned in February, according to an agency spokeswoman.

After a canceled court appearance by Vence on May 13, Bowens was heckled outside the courtroom by people who questioned if she had done enough to protect her daughter before her disappearance.