Reorganization for the Department of Veterans Affairs 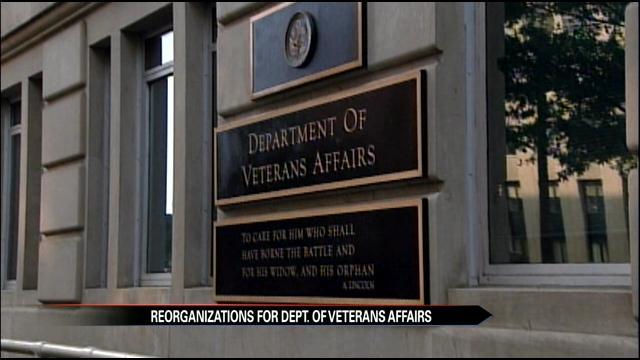 Veterans Affairs Secretary Robert McDonald announced what he is calling “the biggest reorganization in the department's history” just one day before Veterans Day to improve service and care for the nation's 22 million veterans.

The reforms to the system come following a massive scandal from earlier this year, leading to McDonald's predecessor resigning.

“We need to be more veteran centric. We need to focus on veteran outcomes,” says McDonald.

The department plans on establishing a single regional structure that brings together a wide range of services, including health care, loan centers, and other benefits.

The VA will also be creating a new position they are calling a Chief Customer Service Officer, whose duties will include reporting directly to McDonald.

The ultimate goal is to streamline what's been called a clunky, confusing system that required multiple user names and passwords.

These reforms are the result of the embarrassing scandal that rocked the VA earlier this year with reports that dozens of facilities around the nation claimed veterans were waiting months for treatment and records were manipulated to hide the problems.

A whistle-blower even came forward to say that at the VA hospital in Phoenix some veterans may have died while awaiting care.

McDonald was previously the CEO of Proctor and Gamble and a graduate of West Point.

He served five years in the Army.

“This is very personal. I have a lot of folks that I served with that I really want to take care of in the very best way that I can,” says McDonald.

The Veterans Affairs departments says their goal is to have this reorganization completed within a year.