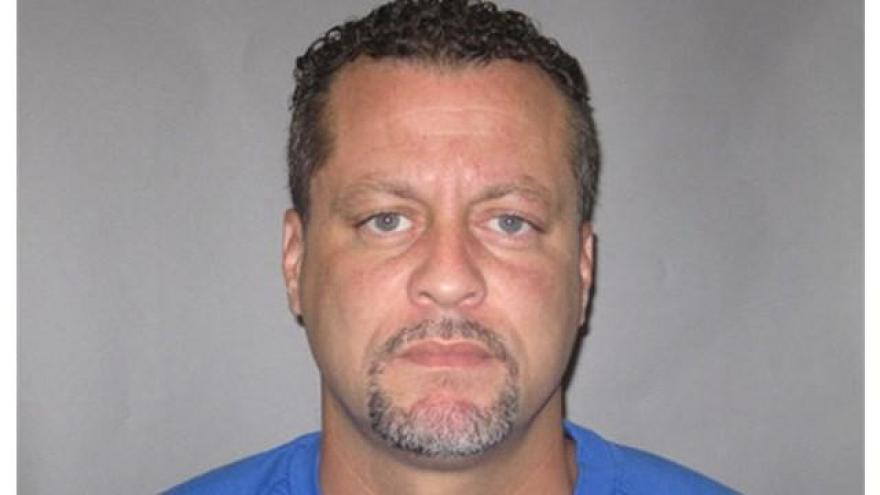 He concluded the two bailiffs who shot at Larry Gordon acted within the law and will not face any charges. The evidence did not reveal which bailiffs bullets ultimately killed Gordon, but they were both cleared.

The complete report is reprinted below:

The purpose of this release is to announce the prosecutor’s analysis of the cause of death and criminal responsibility in the July 11, 2016 death of Larry Gordon at the Berrien County Courthouse. This release will not address civil law implications. The materials reviewed were provided by the Berrien County Sheriff’s Department and include the following:

Reviewing statements from individuals who had been in courtroom 315 on the third floor of the Berrien County Courthouse; individuals who were in the civil court hallway or civil file room area; and the statement of Deputy James Atterberry, makes it clear Larry Gordon seized Deputy Atterberry’s holstered firearm (a six shot .357 revolver), wounded the deputy and then shot and killed bailiff Ronald Kienzle and Chief of Courthouse Security, Joseph Zangaro at the location marked A on the diagram below. Four bullets were accounted for in the general area of “A”.

Gordon, appearing in court on July 11 for a misdemeanor domestic violence charge, was awaiting trial at a later date on additional charges stemming from an incident from April 20, 2016 and facing life in prison or a significant term of years sentence.

Statements from inmates, taken after the incident, who were housed in the Berrien County Jail on July 11, 2016, indicated that Gordon said he would not be able to do a lengthy prison sentence and that he inquired about courthouse layouts and exits.

Apparently realizing that provided no means of escape, Gordon ran down the civil hallway to the public corridor. The public corridor is an area with elevators, benches and public access to the courtrooms.

Upon entry to the public corridor, Gordon encountered Bailiff 1 who responded to radio calls for assistance from Zangaro minutes before from another location on the 3rd floor. The armed Gordon pushed past Bailiff 1 at the civil hallway entrance door (location “D”), turned and pointed the revolver at Bailiff 1, and then ran through the public corridor where eight courthouse visitors and court staff were present and who were forced by Gordon at gunpoint down a hallway at location “C”. Location “C” has a secure glass door Gordon could not open.

Gordon ordered a hostage to break the glass with the base of a metal standing sign which said, “Quiet please, court in session.” The sign was swung into the glass several times by the hostage making a loud bang sound which sounded to Bailiff 2 and Bailiff 3 and others like gunshots.

As Bailiff 2 was entering the hallway at Location “C” on the secure side of the secured glass door, Gordon had begun traversing from location “C” to the hallway area of location “G” with a hostage held at gunpoint in front of his body. Two hostages fled to the public corridor while three others followed closely behind Gordon and the hostage he was holding in front of his body.

Once Gordon moved towards location “G” two other hostages, that were farthest behind Gordon, fled to the public corridor.

Bailiff 1 and Bailiff 3 saw Gordon, with the firearm and the hostages, move from “C” to “G”.

Bailiff 2, upon passing through the secured glass door at “C”, could see Gordon with a gun and the hostages, he saw the gun moving forward in an upward motion, and proceeded to shoot 3 times with his 9 mm semiautomatic, county issued firearm. Gordon continued moving and Bailiff 2 shot 3 more times.

Bailiff 3, after Bailiff 2’s initial volley of three shots, saw that Gordon had moved giving him a clear shot. Bailiff 3 shot five or 6 times with his 9 mm semiautomatic, county issued firearm, along with Bailiff 2’s second volley. Gordon then fell into the shattered glass door at location “G”. As Bailiff 3 approached Gordon, he saw that he was handcuffed in front, face up, still holding the gun up by his upper chest.

Bailiff 3 saw movement of Gordon’s hand with the gun and fired one more round in Gordon’s direction.

Deputy Atterberry was hospitalized and treated for non-life threatening injuries.

Firearms identification experts could not distinguish between the recovered fired 9 mm bullets found in location “G” or recovered from Gordon’s autopsy to determine whether they came from Bailiff 2 or Bailiff 3’s firearms.

Deputy Atterberry’s revolver was found to be empty of bullets. Six bullets were accounted for in locations “A” and “B”.

Bailiff 2 and Bailiff 3 could see Gordon was in inmate garb, that he had a firearm exposed, that he had hostages and was using them as cover as he moved towards an avenue of escape. In actuality, Gordon had no further rounds in the revolver and had no additional firearms. A police officer has the same justification for using deadly force when a subject 1) presents a danger to themself, 2) to others; or 3) is a fleeing felon who poses a risk to the public, as do members of the public at large. With the facts noted herein, I find that both Bailiff 2 and Bailiff 3 had each of those justifications mentioned.

While Gordon spoke to inmates about escape, there is no evidence he received encouragement or aid from another or that he conspired with another. The letters written by Gordon below were given to an inmate the morning of July 11 but were not forwarded to any jail personnel or investigators until after the incident.

There is no evidence the envelope was opened prior to the shooting. There is no affirmative duty by another to report knowledge of Gordon’s talk of escape and therefore there is no criminal responsibility associated with the inmate who possessed this letter on the morning of July 11th or any other inmate.

Many police agencies and first responders answered the requests for assistance on July 11. Those agencies involved in the investigation of the shooting were the Berrien County Sheriff’s Department, the Michigan State Police at the Niles post and 5th District Headquarters, detectives from the Benton Harbor Department of Public Safety including the Michigan State Police detectives imbedded [sic] in the department, the FBI, Lincoln Township Police Department, Saint Joseph Department of Public Safety and the Benton Township Police Department.

1 Larry Gordon, 44, of Coloma, Michigan, was being sought for an outstanding warrant for domestic violence, a 93 day misdemeanor. That warrant’s incident date was January 28, 2016.

After several attempts to execute the warrant, on April 20, 2016 Officers from Coloma Township Police Department were looking for Gordon at his residence on Tannery Road in Coloma Township where he lived with his ex-wife.

Upon arrival, officers observed a light on in a shed on the property and discovered Gordon to be inside.

Gordon barricaded himself inside but escaped through a back access door. Gordon fled and was discovered several streets away with the help of a tracking dog and physically resisted exiting from under a porch.

Police then discovered the presence of a 17 year old female in the shed.The investigation revealed the following.

The 17 year old had been held against her will by Gordon for approximately two weeks. He gave her methamphetamine in exchange for sex, forced some penetrations, and assaulted her with weapons, and assault by strangulation. He also video recorded the sexual activity.

He was supplemented as a 4th habitual offender making most of the counts life maximums.