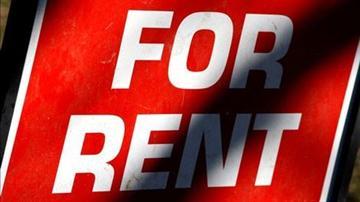 RIVIERA BEACH, Fla. (WPTV) -- Julie Sattler and her family live and play at Sonoma Bay apartment complex in Riviera Beach. She was startled to hear report cards were required for a lease agreement.

"I don't think it's right, a child's education has nothing to do with where they live," said Sattler.

Sattler wasn't asked for her child's report card because the child was under the age of five when they moved in.

But the Fair Housing Center of the Greater Palm Beaches says it is current policy for the complexes.

"We had testers posing as prospective renters, and those tests confirmed those policies were being implemented at that time," said Vince Larkins with the Fair Housing Center.

Larkins says the center found ads on Craigslist  requesting report cards. That's discrimination according to the Fair Housing Center. Now the Sonoma Bay and Marsh Harbour communities are being sued in federal court.

"The fact kids are being required to have their personal information given to an association is obviously an invasion of their family privacy," said Larkins.

Sattler says she would never offer that information.

"It's none of their business. If you keep them out of the good neighborhoods because of grades, it just doesn't seem right," said Sattler.

The lawsuit will push for the communities to drop that policy, as well as a rule that requires a sundown curfew for children.