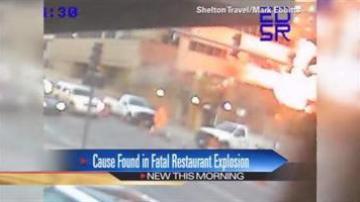 KANSAS CITY, Mo. — A joint investigation into a February explosion at restaurant in Kansas City is now complete.

Investigators found the explosion and fire were caused by the accidental ignition of natural gas vapors that orginated in the kitchen.

According to the report, the pilot light on a stove and hot water heater were still on when natural gas ignited.

Investigators said the restaurant worker killed in the explosion was either caught or trapped when the restaurant's roof collapsed.