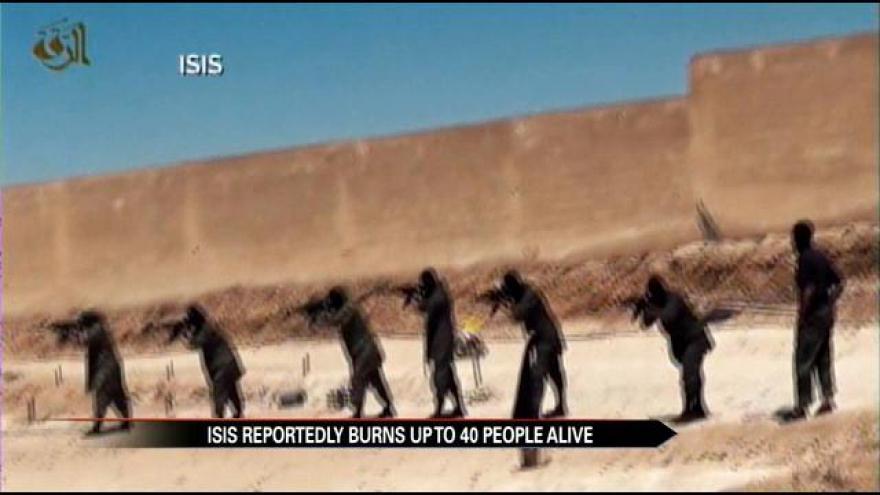 Reports terrorist group ISIS burned alive up to 40 people are true, according to an Iraqi official.

It happened near the town of Al-Baghdadi in Iraq's massive Anbar province.

The town's council chairman said he was told by field commanders that ISIS militants killed at least 40 police officers and tribesman.

He says most of the victims were burned to death.

ISIS hasn't published any images of the reported killings as it has frequently done in the past.