Reports shows fewer people in the U.S. getting hitched 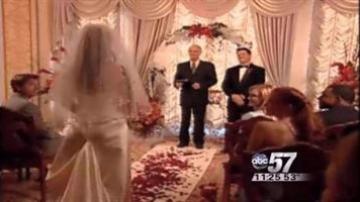 The Pew Research Center says marriage in this country has hit a record low.

Couples are also waiting until they're older to get hitched. In the past 50 years, the ages of first-time couple have increased.

If the trend continues, single people will likely be in the majority in just a few years.