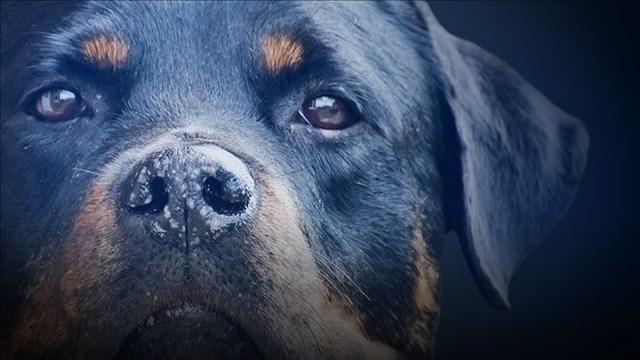 (CNN) -- Peanut Butter and her five puppies huddled under a porch for days as floodwaters rose in Livingston, Louisiana.

As the water level crept up, someone in a neighboring house heard the puppies whining.

It took breaking through the porch to rescue the family of six.

"They could barely breathe," Leah Craig Feiser with animal rescue organization Brother Wolf told CNN as she cradled one of Peanut Butter's puppies. Peanut Butter kept a close eye on Feiser the entire time, she noted.

When the flooding began, many people left their homes with only the clothes they had on. In one of the worst natural disasters since Hurricane Sandy, many people also had to leave behind beloved family pets and farm animals.

During the peak of flood levels, the East Baton Rouge Sheriff's Office rescued a dog that was tied to a tree, its head just above water.

"Deputies found the dog attempting to tread water. The dog was cut free and pulled in the boat wet, cold, and tired, but otherwise fine," the sheriff's office wrote on Facebook.

The sheriff's office said it does not know if the dog has been reunited with its owner.

"You just can't blame people when they have no home, no car, and no way," Lesa Staubus, a veterinarian on staff with American Humane's emergency animal rescue program, said to CNN. She and a team of veterinarians are working at an animal shelter in hard-hit Livingston Parish, where dozens of dogs who have been displaced from homes are being kept until they can be reunited with their families.

The Humane Society of Louisiana posted a picture of one reunion, with the owner tearfully embracing her little dog.

More than 40,000 people have been displaced from their homes in Louisiana in the past few weeks. Along with them, most likely, are thousands of cats, dogs and livestock that are now without homes, said Daphna Nachminovitch, the senior vice president of cruelty investigations at People for the Ethical Treatment of Animals.

PETA sent a team from Virginia to Louisiana and this week brought back 60 animals, one of them a cockatiel named Crash from Baton Rouge. Not only did his owners lose everything and have to give him up, Nachminovitch said, but he was also submerged in water to his neck at one point, "so he's a survivor."

Some of the animals brought back to Virginia have found homes already, she told CNN.