Researchers at Notre Dame are working to predict the future 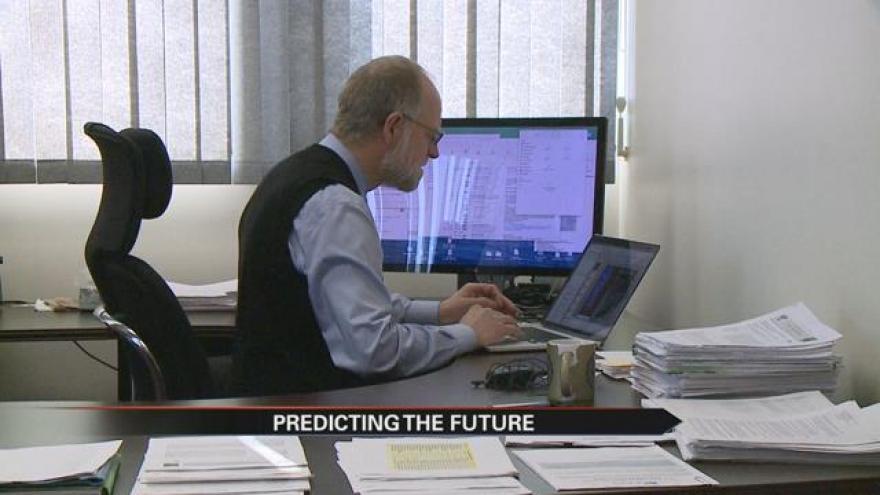 Researchers at Notre Dame say they’ve been working to find ways to predict the future using science and engineering. The head of that group, Dr. Gretar Tryggvason, says it’s just a matter of using your resources and testing them to be able to do so.

Located in Fitzpatrick hall on Notre Dame’s campus, the Department  of Aerospace and Mechanical Engineering Chairperson, Dr. Gretar Tryggvason says big things are happening in big data and computers and the whole field has undergone a big transition in the last 10 years and they wanted to use that timing to leave a footprint at Notre Dame. He says has everything to do with using our resources today which have become so incredibly powerful, that it allowed them to realize they can actually make predictions using computational data. The data-driven group says they’re literally trying to mimic how the real world works by creating physical models on their computers, breaking them down, and studying them.

Tryggvason says his group of student researchers is using those models that they create to be able to predict the behavior of things including how fluid flows through power plants, turbines, and even that related to natural disasters.

“You know this is a little bit like weather predictions. The path of the hurricane is never a single line, it has some uncertainties. Typically you have a lot of observational data that you have to assemble in to a picture of where to start from, and then you run a model and estimate was going to happen. You not only know what is likely to happen but also what is the probability that things will deviate from that,” said Tryggvason.

Tryggvason says he has a colleague who is working on predicting natural disasters, specifically flooding, in coastal regions. He says those models have matured have actually been used by agencies who study response to natural disasters. For more on that group collaboration and research, click here.