Resident records new video of bear who walks like a human 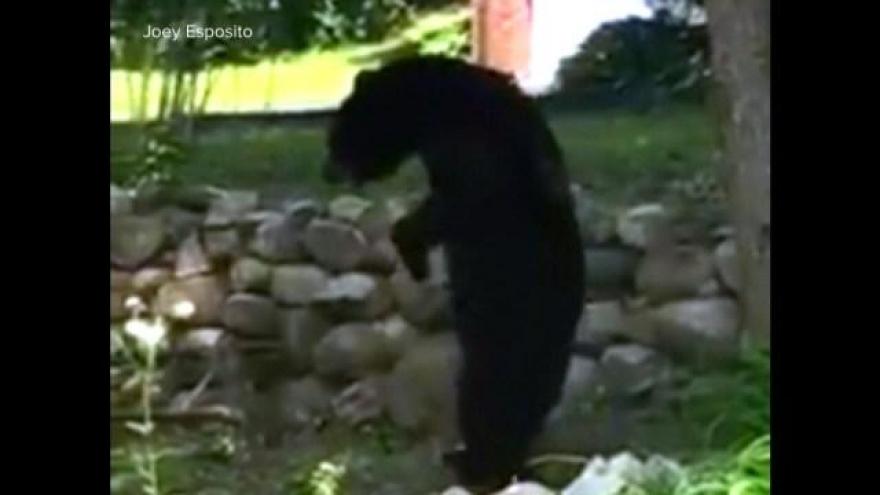 OAK RIDGE, NJ (ABC NEWS) --People in Oak Ridge, New Jersey say video of a bear walking upright is of the same bear they saw in their town nearly 2 years ago.

Now nicknamed Pedals, he was first seen and captured on video in August 2014.

At one point in this new video, Pedals does go down on all fours, but then he's right back up again and on the move.

There were concerns he could not survive in the wild.

State wildlife officials said the fact he's still going strong is testimony to pedal's indomitable will. So they'll just let him keep roaming or, in this case, walking.