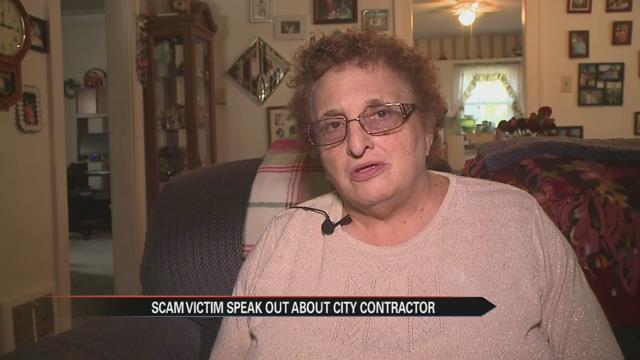 South Bend officials are searching for a new sewer insurance contractor after the board at the department of public works voted to suspend Bass Excavating over a double-billing investigation.

According to Indiana State police, the investigation was handed over to the FBI.

68-year-old Sandy Winchell said she received an invoice from the City of South Bend as well as "Bass Excavating Inc," and she paid them both.

In 2013, she said there was a serious back-up in the sewer line going to her home. Two years later, she said she hasn't been reimbursed for the double payment.

Winchell said, “The city, the excavating, or whoever does try to take advantage of senior citizens and I just hope that if they did do this to somebody else that hopefully they’ll be able to find who did this and at least get some of our money back.”

On Tuesday morning there was an open house at the department of public work’s service center to look for a new contractor since Bass Excavating was kicked off the city contract.

Kara Boyles said, “One company’s been suspended so we have two contractors that are currently available to do work and that’s just not enough.”

Boyles is the deputy director of public works. She said she is unable to comment on the investigation at this time, but she is trying to hire a contractor before the winter season.

Winchell said six months ago she received a letter from the city saying her case was under investigation.

Winchell said, “We called and we wanted to talk to somebody in the city or the water department to find out why we were double billed and they just said that was just the way it was.”