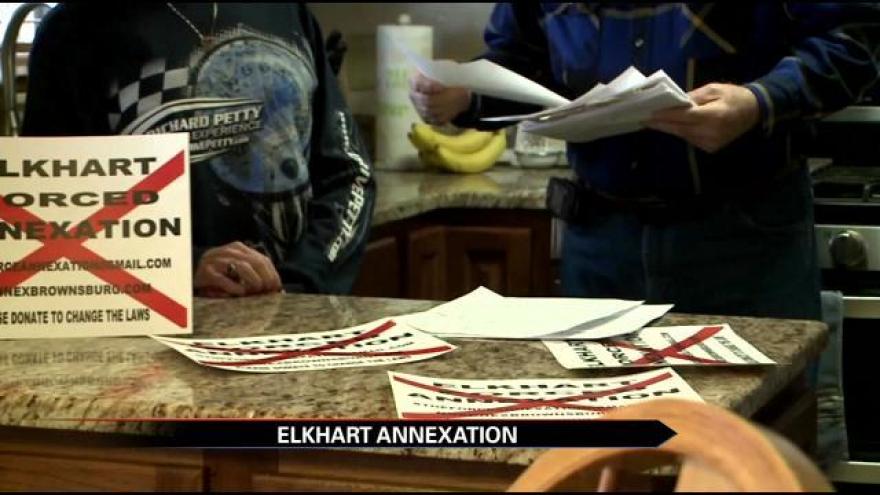 ELKHART COUNTY, Ind. -  ABC57 is continuing to follow a hotly contested issue in Elkhart. There's a plan that could make the city bigger, come next year but some residents want no part of it.

Folks facing possible annexation were given more answers today about this plan but they are only temporary.

There are 12 areas the city of Elkhart proposed to have annexed and two of those areas got answers.

According to Terry Karre, a resident of Area Eight, a judge ruled in court Tuesday morning that Area Eight cannot be subject to annexation; including changing the fire dept, medical personnel or code until the case is handled in court in March of 2015.

On December 16th Area Seven went to court for its case against annexation and the judge ruled in their favor but the annexation ordinance is still subject to appeal by the city.

Karre says this is a long process to fight for his property to not become part of city limits. He does not agree with the way the city has handled the case.

“And you are bullying these people ahead of time and it might be a year it might be two years it could be four years down the road before this ever goes through and then at such time then the courts can rule to proceed on your annexation ,” says Karre.

Karre says nine of the 12 areas will be annexed January 1st 2015. In the mean time he will be preparing with his lawyers for his court date in March where he will continue to fight against annexation of his property.
Share this article: