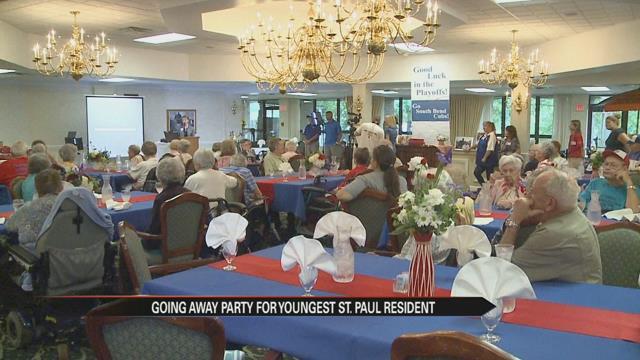 Tanner Griggs, pitcher for the South Bend Cubs, moved in before the season started.

Over the last few months, Griggs along with teammate Carson Sands have lived at the retirement community.

From fishing to just a conversation over breakfast, Sands and Griggs formed a special bond with residents that neither cubs player will soon forget

"I can look back on this and they'll know me, they'll know that I was living here with them, and really everyone here likes us being around here. They tell me every day and it's a good feeling leaving the door with that on your chest,” saidTanner Griggs, South Bend Cubs pitcher.

Sands who also lived there, has left the retirement community for the season as well.