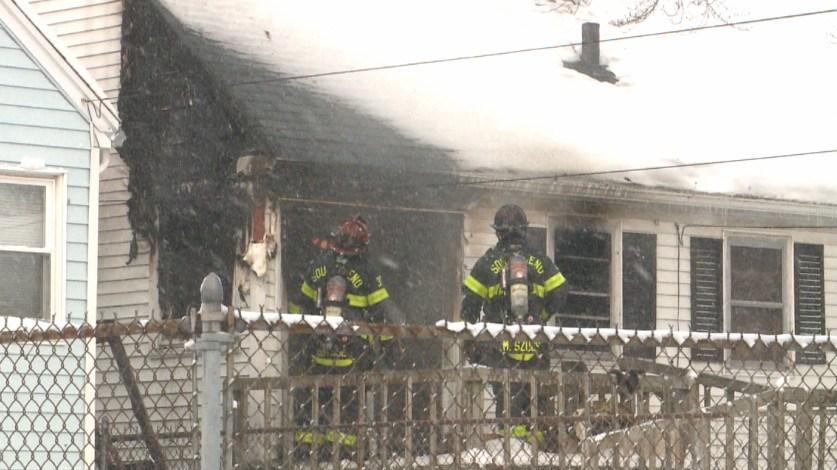 Fire crews responded to the home around 9:30 a.m. on Marquette Boulevard and O'Brien.

A resident called 911 saying there was smoke and a fire in the basement.

A firefighter did slip on ice and was injured.

According to South Bend Fire Department Captain Gerard Ellis, residents say someone was smoking in the basement.

He adds the flames spread from the basement to the attic, but no official cause has been determined.